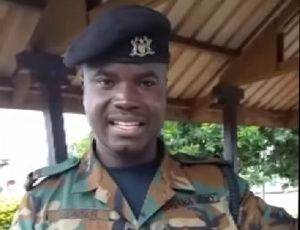 A soldier who was recently seen in a viral video supporting the ‘#DropThatChamber’ campaign against the construction of a new Parliamentary chamber has been sentenced to 90 days imprisonment with hard labour at the guardroom, Starr News has gathered.

The soldier, Lance Corporal Lincoln Isaac Wassah of 2 Recce Squadron in Sunyani has also been stripped of his rank.

Lance Corporal Wassah was seen in a military uniform in the viral video supporting the social media campaign that eventually led to Parliament shelving plans to construct a new Chamber.

L/Cpl Wassah in the viral video warned President Akufo-Addo – the Commander-in-Chief of the Ghana Armed Forces – not to support the construction of the new Parliamentary chamber expected to cost 200 million dollars.

According to him, there were more pressing issues that needed to be addressed instead of building a fanciful new Parliamentary Chamber.

Following the release of the video, L/Cpl Wassah was arrested by the Military High Command for interrogation.

The “#DropThatChamber” campaign was initiated on social media with the aim of mounting pressure on Parliament to discontinue a proposal to build a new 450-seater chamber.

The House after sustained social media pressure dropped the plans to construct the new Chamber indefinitely. 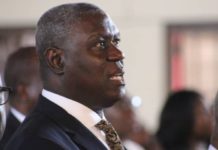 Cut your ‘holier than thou attitude’ – Mensah-Bonsu to Minority