Water provision to rural communities in the Eastern region is declining due to lack of funds for the Community Water and Sanitation Agency (CWSA) to provide safe drinking water to rural dwellers in spite of growing population.

Currently, about 1.1 million rural dwellers in the Eastern Region depend on unsafe water sources particularly polluted surface water. Many farming communities continue to agitate over health implications of the menace on children in particular.

Akotoklo-Gua community in the Upper Manya Krobo District is one of such communities lacking safe drinking water compelling residents, both young and old to drink from a polluted seep well.

“Our rural population is a little over 2.5 million and so far we have only served about 1.4million. The unserved is about 1.1million. Currently, rural water coverage is 56% in the Eastern region and this is coming down because we are not adding more facilities but the population is growing. Somewhere last year it was around 56.23% but 23% has gone because we are not getting the money,” he said.

He added, “As at March 2019, we have about 2,997 boreholes with hand pumps across the region, 1,142 hand-dug wells, 35 small town pipe system, 6 limited pipe systems, 15 water harvesting tanks but many deteriorating due to lack of maintenance “.

Many of these boreholes were  provided by none governmental organization such as Plan International Ghana and World Vision. 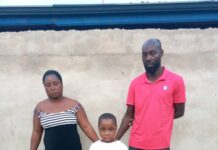 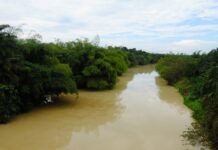 Galamsey: Water turbidity in parts of Ashanti around 6000ph – GWCL