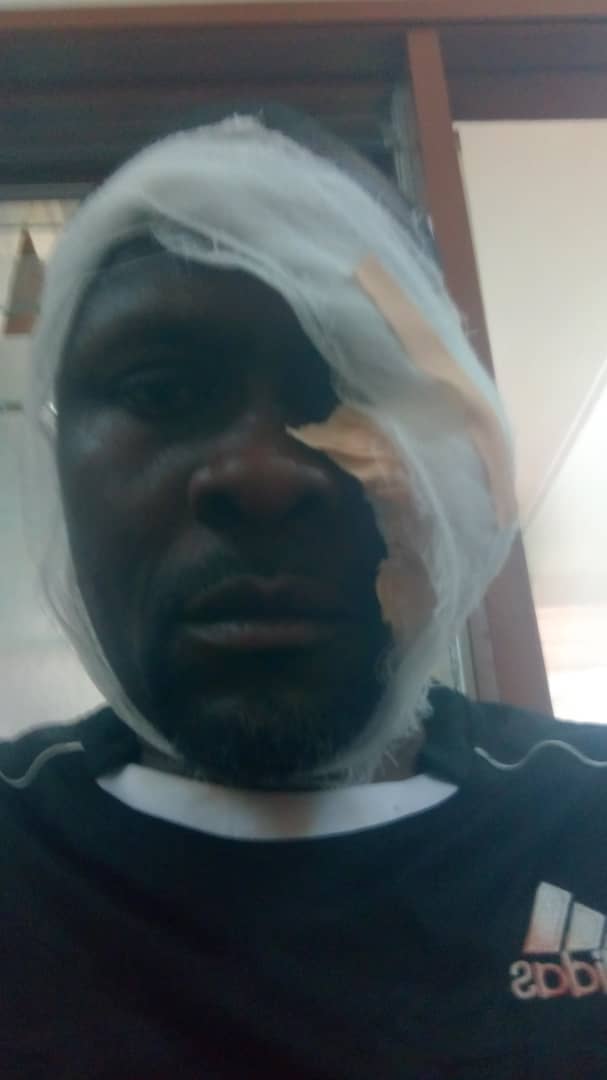 A Koforidua based Class One referee, Favour Tsormana, has lodged a complaint at the Akosombo Police Station after he was injured beneath the eye by a Player of Eastern Parkers during the Second leg of Eastern Cup Round of 16 match between Akosombo United FC and Eastern Parkers – both Division Two Clubs.

The Player – Asare Brako Prince – a professional teacher at Apegusu Junior High School who had been red carded allegedly stormed the field of play to hit the left eye of the referee with iced block during a melee in protest of the 80th minute equalizer by the home team – Akosombo United FC.

The referee had a deep cut under his eye and suffered a blackout on the field amidst profuse bleeding.

He was rushed to the VRA Hospital where the cut was sutured and medication administered and subsequently discharged after his condition was stabilised.

Information gathered by Starr News indicate that, the visiting team – Eastern Parkers scored early goal in the game during the second half of the match. The suspect Player was shown a red card in the cause of the game for misconduct.

On the 80th minute the home team – Akosombo United FC equalized but supporters of the visiting team invaded the field of play -Akosombo Presby School Park in protest against the goal on premise that it was an offside.

During the confusion, the suspect Player picked an object reported to be iced block to hit the face of the referee causing a severe injury to the eye. As a result of the assault, the game ended abruptly.

The suspect Player is expected to be put before court on Friday July 19, 2019. 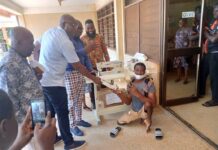 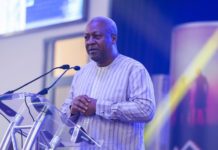 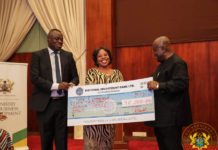