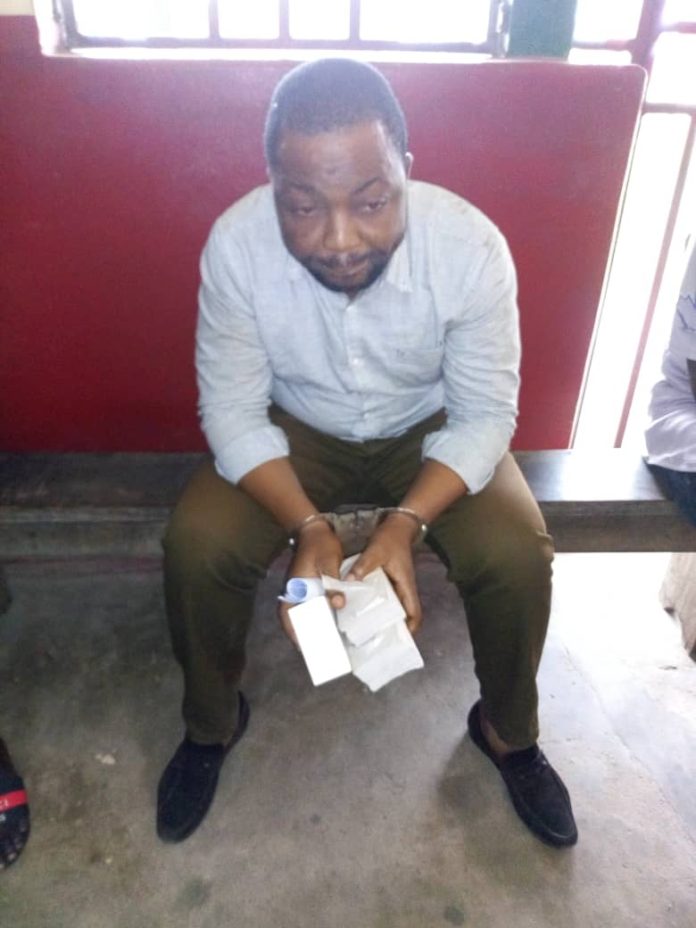 A 47-year-old man Mohammed Ali also known as Eric has been jailed by two Courts for defrauding by false pretence.

The convict parading as a staff of Barclays Bank succeeded in defrauding multiple unsuspecting victims in Koforidua and Suhum.

Having been slapped with nine-years and 10 months jail sentence by the Suhum Magistrate Court, the Koforidua District Magistrate Court “A” on Tuesday, July 30, 2019, also sentenced him to 12 months imprisonment for defrauding a mobile money vendor to the tune of Ghc4,000

The Prosecutor Sargent George Defia, told the Koforidua District Magistrate Court Presided over by His Worship Osei Asibey that, on March 16, 2019, at about 2pm,the convict approached the complainant -Theodore Abochie, a 20-year-old mobile money vendor who operated close to the Commercial Bank in Koforidua under the guise of being a staff of Barclays Bank and handed over to the complainant a fat brown envelope which he claimed contained huge sum of money to keep for him on deceit that he has knocked down a pedestrian therefore was going to the Central Police Station to write his statement but reluctant to go there with the amount.

After a while, the convict called the complainant on phone to transfer Ghc1,000 on his MTN Mobile money Number 0249089534 which the Complainant obliged.

After some few minutes, he requested another Ghc2,000 then later, an amount of Ghc1,000 through his Vodafone mobile money number 0502091429 under the pretense that he was using the monies to settle the family members of the victim his car knocked so that the case was not sent to court with assurance of repaying from the cash given to the complainant to keep.

The complainant sensing the danger later when the convict was not returning called his mobile numbers several times but all went unanswered. He later noticed the phones have been switched off compelling her to open the envelope to verify its content only to find out that it contained white sheet of papers shaped like currency.

The complainant quickly dashed to the Police Station to lodge an official report but while investigation was ongoing to arrest the convict from his hide out, Police had information the convict was in the custody of Suhum Police command on similar a offence.

During his caution statement the convict who is a resident of Allaba in Kumasi in the Ashanti Region admitted the offence and was charged for defrauding by false pretense which he pleaded guilty and sentenced to a year jail term.