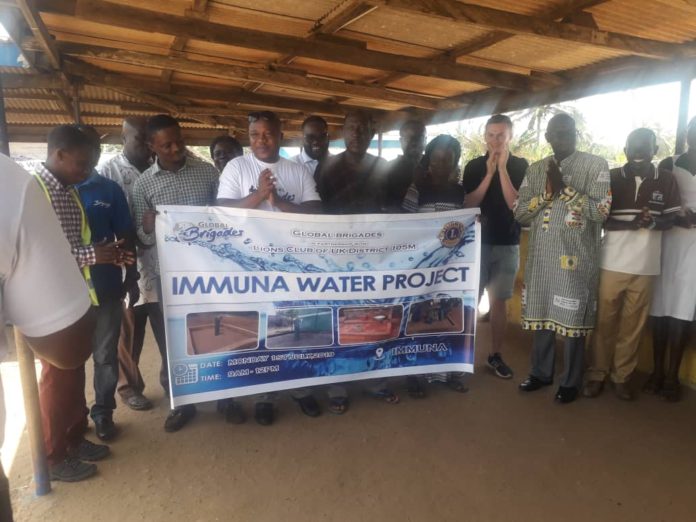 Global Brigades in partnership with the Lions Club UK District 105M has launched the “Immuna Water Project” for the construction of four community standpipes estimated at 10,000pounds  for residents of Immuna in the Central Region.

Global Brigades over the years has been supporting the community with the implementation of various projects.

Speaking to Kasapa News, Mr Benson Adjei the Country Director for Global Brigades, said his outfit contacted the Ghana Water Company Ltd (GWCL), for names of communities that needed water badly and was informed that Immuna did not have enough water for residents.

“Over the years we have been working with the GWCL for names of comminutes, villages and towns that need assistance and so this time we contacted them again and they gave us Immuna”, he added.

He said some visits were made to the community to assess how serious the situation was and how best they could help. 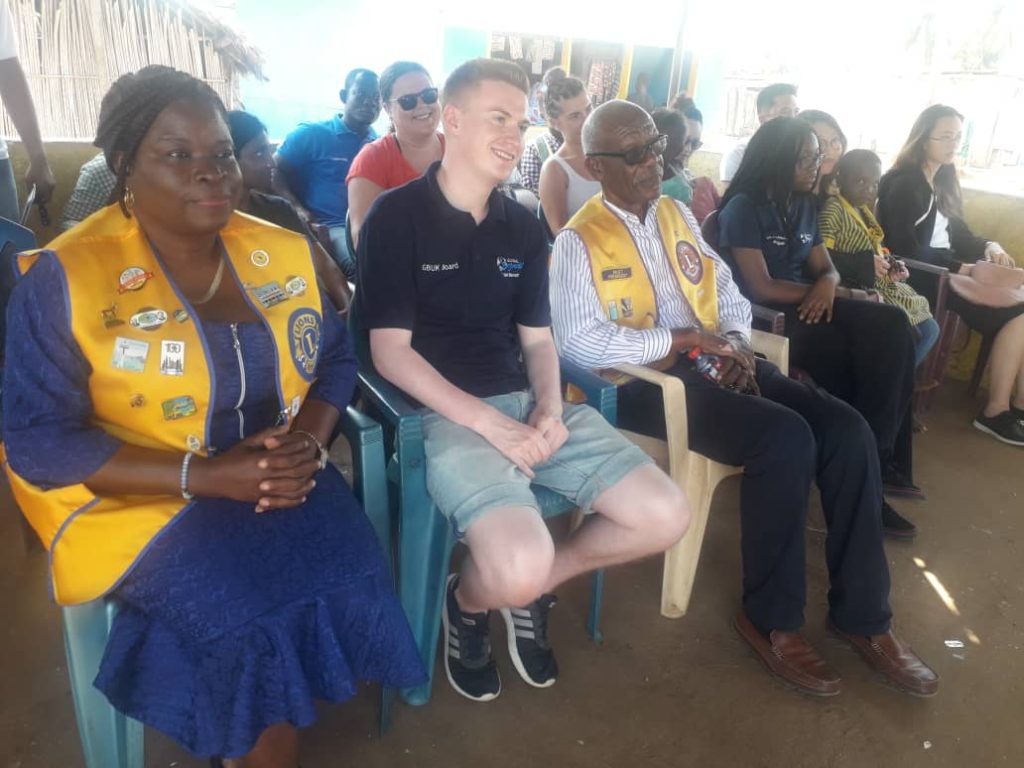 Mr Benson Adjei further indicated that with the support of volunteers from universities in the United States and other parts of the world, the community has also benefitted from free medical consultations and medical supplies.

Expressing full support for the water project, Lion Samuel Annobil said the Cape Coast Crystal Lions Club will do all it can to put smiles on the faces of the people of Immuna.

He said social clubs, corporate bodies and individuals should also make it a responsibility to support deprived communities.

“Water is life and so when a community does not have water, life becomes very difficult”, he said.

A research conducted by Global Brigades revealed that the community has two standpipes constructed by some benevolent individuals who hail from the community.

However, the two standpipes are unable to serve the needs of the community due to the continuous growth in population and as a result, most women and children have no option but to spend their time queuing for long hours to fetch water for their household chores.

The situation per the research goes a long way to affect women’s productivity and the academic performance of children in schools.

In addition, other members whose homes are situated at the extreme parts of the community walk several kilometres to fetch water from the existing standpipes.

Also, the CHPS compound that provides health care to members of the community does not have water to help it function efficiently and effectively.

Immuna is located in the Ekumfi District of the Central Region, located about 30 kilometres from the main Essuehyia junction.

The community has a population of 3,350 inhabitants, the majority being female. Economic activities in the community are farming and petty trading.