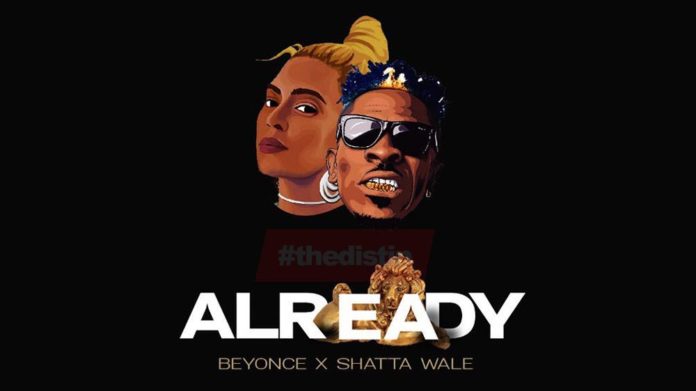 The much awaited song – Already – by Beyonce featuring Ghana’s dancehall king Shatta Wale on the Lion King: The Gift album has been released.