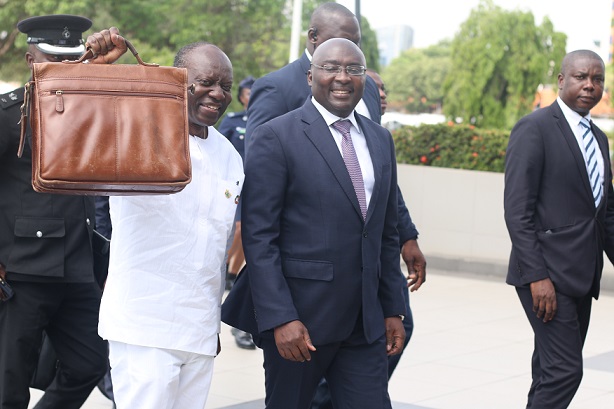 The Mid-year review budget Presentation which was scheduled for  next week Monday has been postponed to July 29.

This was disclosed by the deputy Majority leader Sara Adwoa Safo during the presentation of the business statement for the ensuing week.

The development comes hours after the Minority in a statement cautioned government against rising debt of the country.

“Ghana is currently at a high risk of debt distress because our debtto-GDP ratio and debt service ratio have both breached their required limits. Ghana’s debt stock in the last two and half years has increased significantly. Surprisingly, all the additional borrowed funds have been used for consumption which is posing a serious liquidity constraint for capital expenditure. In the face of this obvious challenge, the Minority cautions government to exercise restraint and curb its voracious appetite for borrowing.

The weak performance of revenue has created further problems for government and undermining its ability to meet critical expenditure and commitments. This liquidity crisis is largely self-inflicted as it arises from populist and unrealistic fiscal measures adopted by the Akuffo-Addo government. The Minority is cautioning government to quickly restore policy credibility because our investors are keenly observing and will soon react should economy continuously show signs of distressed revenue position,” the Minority said.

They stressed: “Off-budgeted transactions is yet another serious problem that can throw the entire 2019 Budget off-gear. The Minority is certain that this has resulted from the rushed implementation of populist and unsustainable campaign promises. If this practice should continue, the whole Budgetary process from now till the end of the year will be compromised. The Minority is cautioning government not to adopt the practice of replacing critical government expenditure with ill-advised spending on frivolous campaign promises”.