A security analyst has dismissed fears over the seeming rising number of police officers who have resigned from the service to do politics.

According to colonel retired Festus Aboagye, security officers must be allowed to follow whatever profession they want to be once they resign from the job.

“We should allow anyone, whether police, fire service, Immigration, BNI, intelligence officer or whoever to be able to pursue politics and whatever profession they desire once they resign. That’s where the debate should end, we shouldn’t read politics into it,” he told Francis Abban on the Morning Starr Thursday.

It comes after 35-year-old Detective Corporal John Evans Ayerakwa-Kumordzi told Starr News he tendered in his resignation letter to the IGP, David Asante-Apeatu, in accordance with the Police Service Act in February this year which was accepted giving him the impetus to pursue his political ambition of serving his people in Okere constituency.

“I have been in the Police Service for eleven years. I joined the Police service in 2008 but i resigned in February this year. Right after the Police Academy I was posted into my constituency so I have worked here for 11 good years. I have been with the people for the past 11 years because I was a Detective. So I have been with the people for a very long time and I know their challenges, so I think this is the right time for me to lead the constituency to help them have better living condition,” he told Starr News.

The former Police officer was part of three other Parliamentary hopefuls who have picked the nomination forms to with intention to contest the Primaries in the constituency . 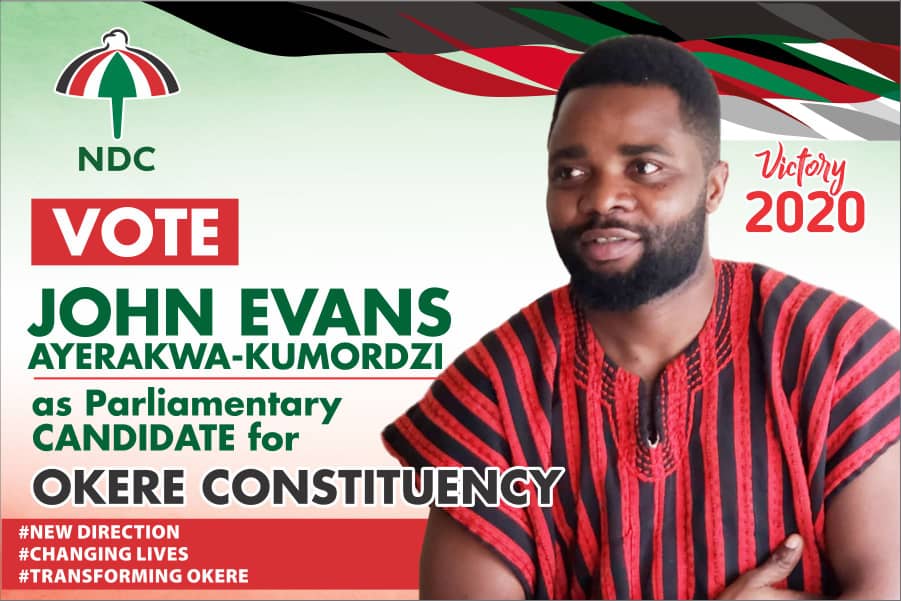 Corporal John Ayerawa-Kumordzi, a former CID operative is hopeful of winning the primaries and subsequently recapture the Okere Constituency seat which was a stronghold of the NDC in 1992 untill 2001 when the ruling New Patriotic Party won and occupies till date with the incumbent Member of Parliament Dan Kwaku Botwe.

The Ex-Police officer has also vowed to ensure that he garners enough votes for the NDC flagbearer John Mahama in 2020 to win the Presidential election.

The development comes few days after the executive secretary to the Inspector General of Police, Superintendent Peter Lanchene Tuubo retired voluntarily from the service to contest the Wa West Parliamentary primaries of the NDC.