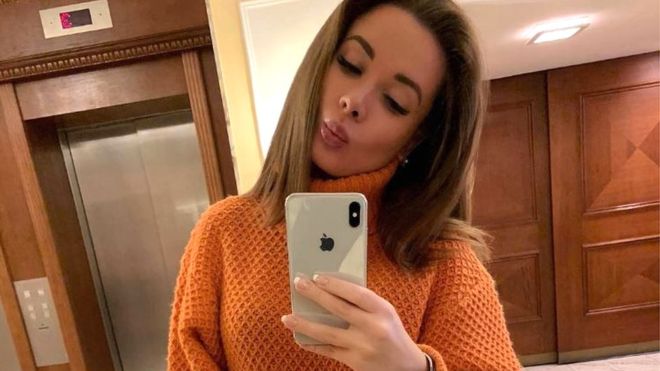 A prominent Russian Instagram influencer has been found dead with knife wounds in a suitcase in her rented apartment in Moscow, police say.

Ekaterina Karaglanova, 24, was discovered on Friday after her family raised the alarm when she failed to contact them for several days.

Ms Karaglanova, who had more than 85,000 followers on Instagram, had also recently graduated as a doctor.

Police said they were investigating jealousy as a possible motive.

Ms Karaglanova had recently started a new relationship and had planned a holiday to The Netherlands to celebrate her birthday on 30 July, according to Russian daily Moskovsky Komsomolets (MK).

But her parents grew concerned when attempts to contact her in the days leading up to her trip had failed.

They then contacted her landlord and requested access to her apartment, where they found a suitcase containing her body in the hallway. Her father requested an ambulance, but Ms Karaglanov was reportedly already dead with a slit throat.

Police said there was no evidence that any struggle had taken place at the apartment, and no weapon was found at the scene, MK reported (in Russian).

They added that CCTV footage had captured a former boyfriend of Ms Karaglanov briefly visiting her property in the days around her disappearance, but did not say if this was being investigated further.

Ms Karaglanov regularly posted images of herself on Instagram. Her followers likened her appearance to the film star Audrey Hepburn.

In this post from March, she wrote about her plans for redecorating her flat, trips abroad and “another important activity I’m thinking about, which I’m not going to talk about for now”.

Her posts also included various European locations as she travelled throughout the continent.

In her final post, which featured a picture captured on the Greek island of Corfu, she wrote that she liked to “travel often, but in each country I spend no more than 3-5 days”.

As well as her Instagram account, Ms Karaglanov also maintained a popular travel blog, which had thousands of subscribers.

She also held a residency at a medical school in Moscow and practised as a doctor specialising in dermatology.