Three members of the Economic Fighters League who were earlier arrested for protesting against the new 450-seat chamber under consideration have been granted bail.

The leader of the group and his accomplices were granted GHC2,000 bail with one surety.

The League led by its leader Ernesto Yeboah was protesting in the public gallery during proceedings.

The decision to construct a new chamber of Parliament at a cost of $200 million has attracted a huge public outcry culminating in a social media campaign dubbed: #DropThatChamber.

A number of Civil Society Organisations including the Ghana Center for Democratic Development (CDD-Ghana) and pressure group OccupyGhana have condemned the idea, describing it as a “misplaced priority.”

Ghana’s parliament is considering building a new ultramodern chamber to serve the lawmakers. The Parliamentary Service Board has already received the architectural model for the new chamber from renowned Ghanaian architect David Frank Adjaye, the same designer of the National Cathedral.

The 450-seater chamber will come with a chapel, mosque, restaurant, and a museum. The current chamber houses 275 seats for MPs.

However, CDD-Ghana said Parliament as it stands now is “relatively well resourced.”

“Consequently, CDD-Ghana does not believe that construction of a new and expanded chamber at an estimated cost of $200m is reasonable or justifiable at the present time. In the face of the numerous basic needs facing communities across the country, including a lack of safe and decent physical structures, facilities, and fixtures for many basic schools, a chronic shortage of beds in public hospitals, the deplorable condition of many of the country’s roads, and sundry other basic infrastructural and material deprivations facing various populations of citizens, construction of a new edifice for Parliament is a clear case of misplaced priorities,” CDD-Ghana said in a statement.

On its part, OccupyGhana, has called on Parliament to “abort plans” to construct a new 450-seat Chamber.

Reacting to the development, the pressure group said the Parliamentarians are being “inconsiderate” looking at the level of hardship in the country.

“The very fact that in light of all the problems Ghana faces, our parliamentarians think a new chamber is of utmost importance shows a significant disconnection from the lot of the people they are supposed to represent.

“We cannot believe that Parliament and its leadership would even contemplate something so inconsiderate at a time when so many Ghanaians still struggle in these difficult and trying times. Even sadder is the fact that it eats away at the confidence people have in the democratic process.”

COVID-19: There’s no Ghana if Parliament shuts down – Speaker 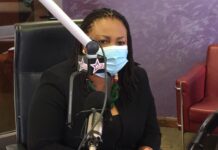