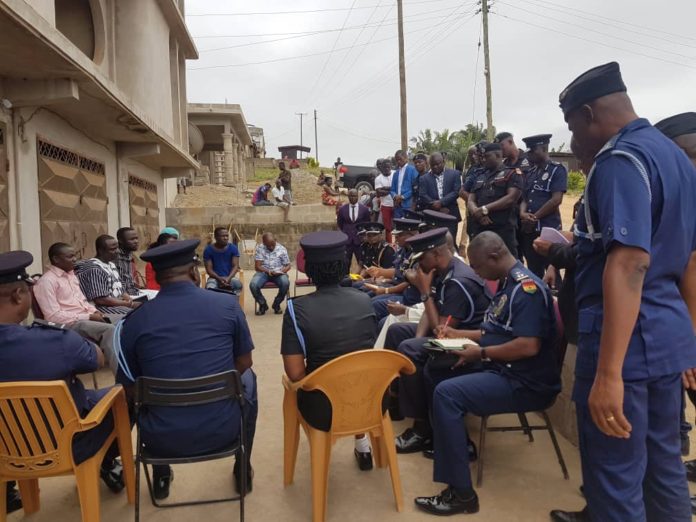 The Acting Inspector-General of Police (IGP), James Oppong-Boanuh, has arrived in Takoradi in the Western region to visit families of the kidnapped girls – something his predecessor did not do.

The development comes at a time the families are preparing to offer blood samples to the investigative team validating the authenticity or otherwise of the bodies discovered in recent times.

So far, four bodies have been discovered by the police  in connection with investigations into the kidnappings while four suspects have been arrested.

Meanwhile, the Director of Public Affairs of the Ghana Police Service ACP David Eklu has disclosed that cloths and sandals believed to belong to one of the Takoradi missing girls were previously found at the place where a fourth remains has now been discovered.

Despite the earlier discovery, the police could not trace the human body that has now been found at the premises where the key suspect was re-arrested after he broke cell.

“They earlier found clothing and sandals that they suspect belonged to one of the three missing ladies,” the police chief told Keminni Amanor on News Tonight on GhOne news.