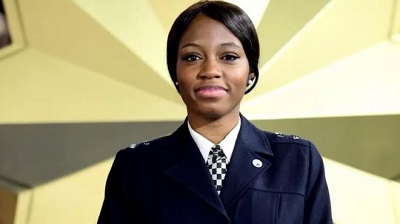 A police officer is appearing on the Nigerian version of Big Brother despite bosses refusing her permission.

The Metropolitan Police said it was carrying out an internal investigation after PC Khafi Kareem went on the programme “without authority”.

Scotland Yard said the 29-year-old had been granted unpaid leave for an “unrelated reason”.

A spokesperson for Ms Kareem said she would “comment on the matter when she can.”

A profile of Ms Kareem on its website reveals she would spend the prize money, reportedly worth 30 million naira (£68,000), on hosting a travel show in Nigeria, as well as investing in charitable causes.

The Met said Ms Kareem was granted unpaid leave for an “unrelated reason” ahead of appearing on the show but her request to take part in the programme was denied.

A spokesman said: “A PC, attached to the Met’s transformation command, requested permission to take part in a reality television entertainment show in Nigeria. Permission was not given.

“The Met is aware that the officer has since appeared on the show without authority.

“The Met does not support the officer’s appearance nor does she represent the Met whilst appearing on the show.”