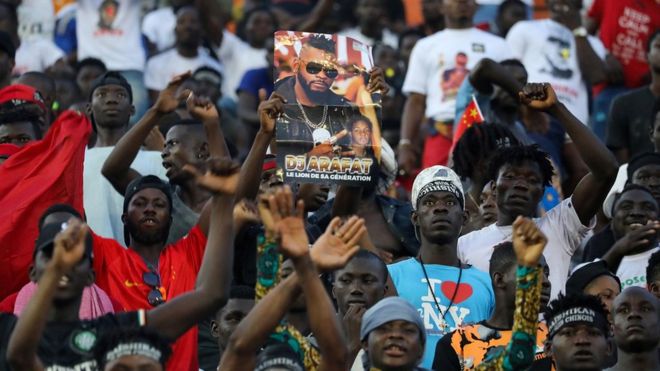 The 33-year-old Ivorian, whose real name was Ange Didier Huon, died in a motorcycle accident earlier this month.

Hundreds of Ivorian artists took part in a stadium concert, with President Alassane Ouattara among its attendees.

Huon’s coffin was then brought to the stadium before being carried away to a local cemetery for burial.

The concert was organised after a successful online petition which called on the government to allow the use of Félix Houphouët Boigny stadium, which seats 35,000 people. 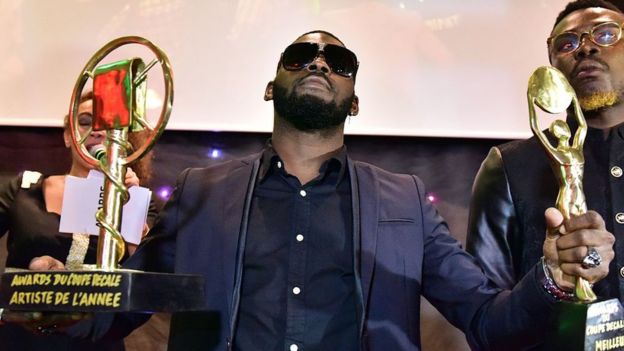 DJ Arafat was one of the most popular African musicians in the Francophone world, and had been referred to as the “king” of coupé-décalé (cut and run), an Ivorian form of dance music.

The musical genre was born in the early 2000s during Ivory Coast’s civil war and emphasised that young people still wanted to have fun despite the conflict. 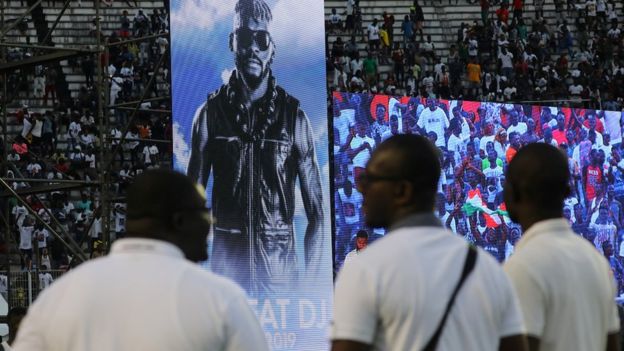 The singer was also known for his love of motorcycles and featured them in his most recent hit, Moto Moto, released in May, which has had more than 5m YouTube views.

He was posthumously nominated for two All Africa Music Awards. 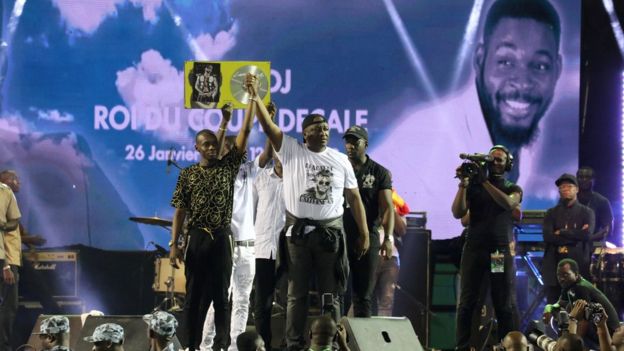 Off stage, DJ Arafat was known for controversy, having faced accusations of domestic abuse.

The music star also regularly lashed out at other artists on social media.

“The clashes started because I wanted to show I was number one on the Ivorian music scene,” Huon told Jeune Afrique magazine last year.

“Above all it helped me to invent new sounds, I needed competition to find inspiration. When the music scene is sleeping, you have to wake it up.”