Bayern Munich have officially taken Ivan Perisic on loan from Inter with option to buy at the end of the season. “I’m very glad to be back in Germany.”

It’s reported to be a one-season loan worth €5m with option to make the move permanent in June 2020 for a further €20m.

“Ivan will help us from the start with his extensive experience at a top international level,” sporting director Hasan Salihamidzic told the club website.

“He has good technique and he’s flexible in attack. I’m sure Ivan will settle in quickly as he knows both the Bundesliga and our Coach Niko Kovac well.”

This is indeed a return to Germany for the Croatia international, who already played for VfL Wolfsburg and Borussia Dortmund before his move to Inter for €19m in 2015.

Perisic won the Bundesliga title with Dortmund in 2011-12, and bundesliga-tipps.info make Dortmund among the favourites for the coming campaign.

“I’m very glad to be back in Germany. FC Bayern are one of the biggest clubs in Europe,” Perisic told the Bayern website.

“We want to go on the attack, not only in the Bundesliga and the DFB Cup, but also in the Champions League.”

The 30-year-old signed the contract after a medical in Munich.

“Everyone knows Bayern is a really big club, for me one of the best five in the world, so when a club like this calls, you cannot say no.

“I promise to do my best every day to win a lot of trophies. The last seven-eight years I played on the left side, but I can also play on the right in midfield. In my ‘old’ career, I used to also play as a striker.

“I am open for everything, if the Coach needs me, it doesn’t matter which position I’m going to play.

“In private, I am calm, I like to spend time with my family, my kids and my fans.”

Perisic scored 27 goals with 16 assists in 112 Bundesliga appearances during his career. 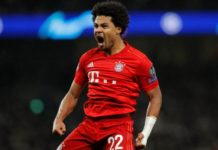 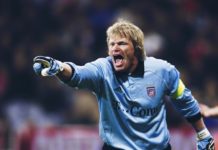 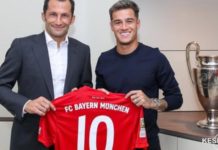