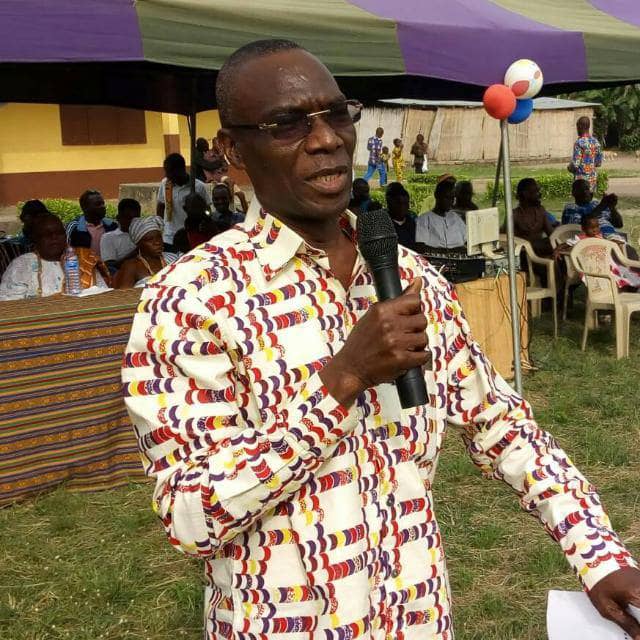 The Member of Parliament (MP) for Akatsi North Constituency in the Volta region, Peter Nortsu-Kotoe has called on Muslim communities to desist from giving out their teen female children into early marriages but rather prioritize their education.

The MP who doubles as the Ranking Member on the Education Committee of Parliament urged Muslim folks especially in his constituency to dump the culture of giving out their young daughters into early marriages and secure their future by sending them to school.

“It is also important you desist from giving out your daughters into early marriage, it jeopardizes their future. I am by this extending the call for you to make the education of your daughters a paramount issue. They can also become lawyers, doctors, teachers and major personalities in the future.…

“If they’re educated, nobody can swindle or deceive them and that’s also the best way of alleviating the poverty level of our Zongo communities,” he said.

Nortsu-Kotoe made this call over the weekend as he joined Muslim folks in his constituency to pray in this year’s Eid Adha.

He lamented in his address how most Zongo communities in the country are deprived of development hence the need to invest in these areas, stating that the first thing to do is to encourage children in these societies mostly the girl child to stay in school.

He is, therefore, providing a six-unit classroom block for the constituency as part of his developmental agenda.

“Each of the times we met you’ve always asked for an additional classroom block for the Islamic school. Thankfully, we have awarded the contract for the building of that facility and work would definitely begin at the beginning of September.

“Let me, however, note that the facility if completed, would have to be occupied by your children and it is important you send all these young ones to school, that’s the only way we can put the facility to use.” He said.

In Ghana, most Islamic societies known as Zongo are faced with several challenges most of which are social development.

The government in 2017 has established the Ministry of InterCity and Zongo Development aimed to change this record and to accelerate development in these areas.