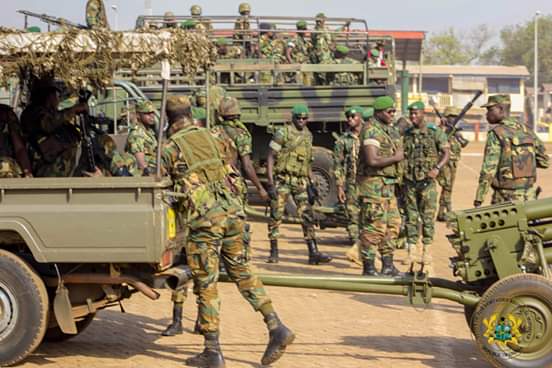 Some 141 people have been arrested at a joint police/military swoop at Budumburam near Kasoa in the Central region.

The suspects which include 15 females are currently undergoing screening at the Police headquarters.

In a statement the Police said the move is part of measures being adopted to improve security across the country.

The statement added the exercise will be replicated in other parts of the country.

It comes after a chief was murdered in the area early this week by some unknown persons. 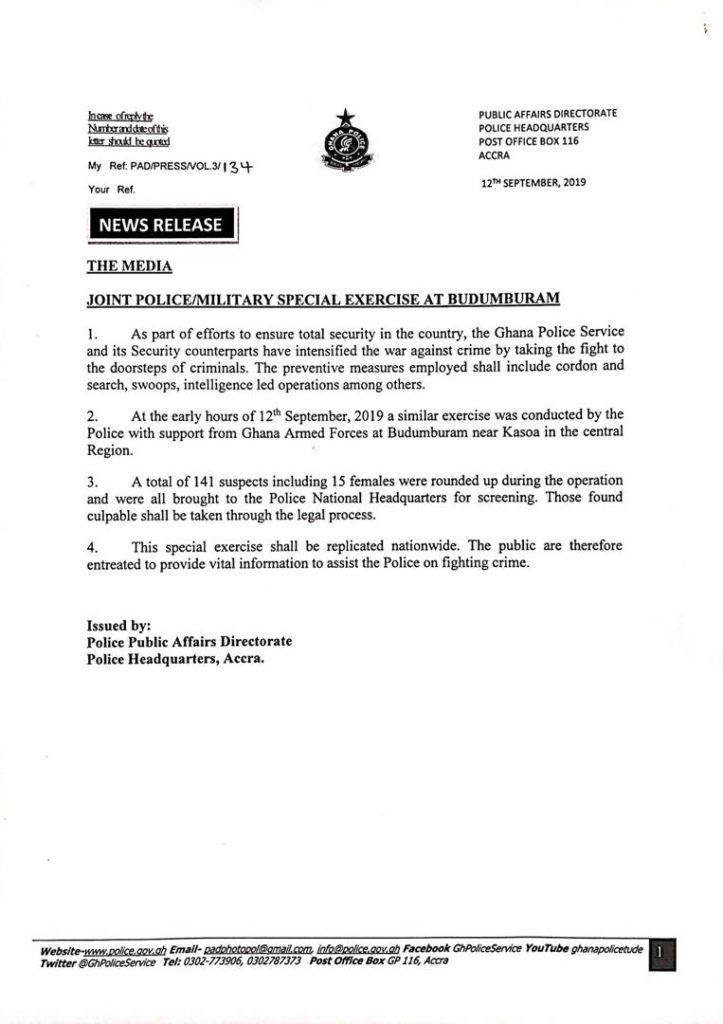 Two weeks ago, two policemen were gunned down after they attempted to stop some traffic offenders in a Toyota vehicle. The suspects are currently facing trial.