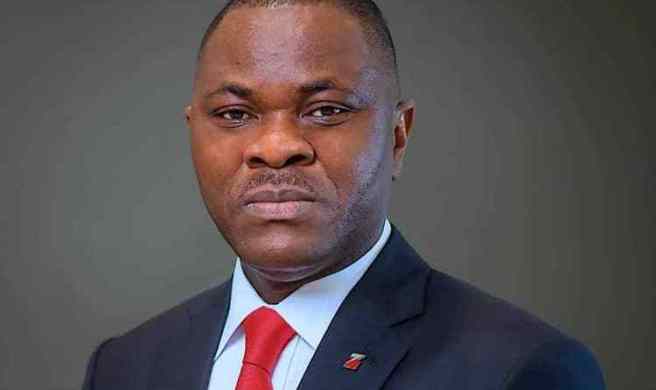 In September 2005, Zenith Bank, made an entry into the Ghanaian banking landscape.

The Bank had in mind the objective to be a leader in the delivery of banking excellence built on technology to serve dynamic customers’ needs.

Fourteen years later, a measure of the Bank’s true success would go beyond the over 70 industry awards it has won to its ability to stay true to its promise and continuously innovate to serve its customers better.

Zenith’s heritage as a homegrown and wholly-owned West African Bank coupled with its sheer pedigree as Nigeria’s most globally respected bank has been leveraged to maximum effect.

In many ways, Zenith has contributed immensely to the Ghanaian banking landscape.

It has ridden on the back of functional technology to deliver superior products that are easily accessible to its cherished customers.

Over the past decade and four years, investment in technology has been immense, justifying the reason the Bank has been at the forefront of such fast-growing digital banking products and services such as  internet banking, mobile banking, card solutions, electronic payments as well as many other key programs that provide customers with greater speed, accuracy and convenience.

The Bank early this year launched its digital banking campaign themed ‘Go Lite with Zenith Bank’, to highlight the various electronic banking products of the Bank as well as promote government’s agenda of driving a society that relies less on cash for transactions in a fast and smart way.

Some of the products and services being highlighted under the “Go Lite with Zenith Bank” campaign include the Bank’s mobile banking application, Z-Mobile (available on Android and iOS), which was the first of its kind by a Ghanaian bank, Point of Sale Terminals, GlobalPAY, Scan to Pay as well as its USSD Code *966#, amongst others.

Last year, the banking sector regulator, Bank of Ghana, in its bid to boost the resilience of the sector increased the minimum capital requirement to GHS400 million. The new figure was over 230 percent increase over the old figure.

Over the past one year though, Zenith’s financial muscle has been most crucial to its fortunes as banks in Ghana have had to recapitalize heavily even as deteriorating asset quality and insolvency challenges have contributed to the reduction in the number of licensed banks from 34 to 23.

The Bank’s outstanding financial solidity is perhaps best illustrated by the fact that it was the very first bank in Ghana to meet the new minimum capital requirement of GH¢400 million, despite it being much younger than many of its competitors in this country’s universal banking industry.

This feat, it achieved without requiring an equity injection from its Nigeria-headquartered parent bank, Zenith Bank Plc – all it had to do was to convert its huge financial holdings hitherto held in its income surplus account into its stated capital account.

This was made possible by the zero-dividend policy adopted by the shareholders of the Bank since it commenced operations in Ghana, opting instead to re-inject all its consistently growing after tax profits back into the business and by extension, the economy.

By the end of 2018, Zenith had grown into the 7th largest bank in Ghana with total assets of GH¢ 5.6 billion. Instructively, it ranks even better – in 6th place – by its shareholders funds of GH¢ 872.2 million evidencing its financial solidity.

The Bank has since its inception had its works recognised at several industry awards.

This year alone, Zenith has been the recipient of 14 industry awards in the areas of excellence in banking products and services, customer service, corporate social responsibility, technology among others.

Zenith is one Bank that has built a reputable brand noted for its excellent compliance regime and corporate governance culture.

As part of the Bank’s strategic direction to initiate customer engagement programs such as this to promote the replication of that same corporate governance culture and compliance regime in SMEs and corporate businesses across the country, in  May 2019 in partnership with Firmus Advisory Limited, Zenith Bank organized the maiden edition of the Zenith SMEs/Corporates Breakfast Forum series, as part of a broader agenda to leverage the Bank’s experience and that of key stakeholders to benefit the banking industry.

The first event focused on tax compliance for successful business operations and it was under the theme: ‘Empowering the Private Sector to Maximize Revenue through Compliance with Ghana’s Tax Reforms’.

The Forum brought together the private sector for an informative session on Ghana’s tax reforms, the impact of the reforms, and the implementation of these reforms in their business operations.

The Bank’s 14th anniversary will be marked with a nationwide Retail Market Drive on the premises of some customers of the Bank, to publicise the Bank’s array of electronic banking products and services and to educate the public on the benefits and convenience of cashless transactions in line with the country’s cash-lite society agenda.

Members of staff will also embark on their 14th Anniversary CSR initiative, ’A bag for one’, which focuses on the provision school bags and stationery for underprivileged children in public schools.

The Anniversary celebration will be climaxed with the Bank’s flagship sporting event, the ‘Zenith Health Walk’, which will bring together all staff and customers of the Bank for a session of aerobics, brisk walking, bonding and merry-making.

As the Bank marks this 14th Anniversary milestone, its mission “to continue to invest in the best people, technology and environment to underscore its commitment to achieving customer enthusiasm” cannot be more profound.