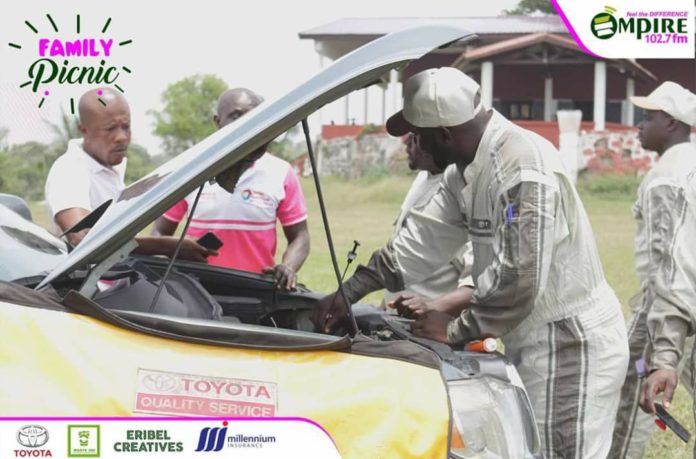 Western and Central regions favourite and media authority, Empire 102.7 Fm in Takoradi with support from her sister media platforms Radio 360 and GHONE TV have executed yet another successful event dubbed the Empire Toyota Family Picnic.

The event which is the third edition has now become the biggest family outdoor program especially in the Sekondi-Takoradi Metropolis. Patrons who mostly were in the upper and middle working class had the best of exciting moments at the ever green Takoradi Sports Club.

Families and Friends from all walks of life shared meals, drinks and participated in several fun games such as sack race, lime and spoon, dancing competition amongst others were and winners were also rewarded with exciting prizes. 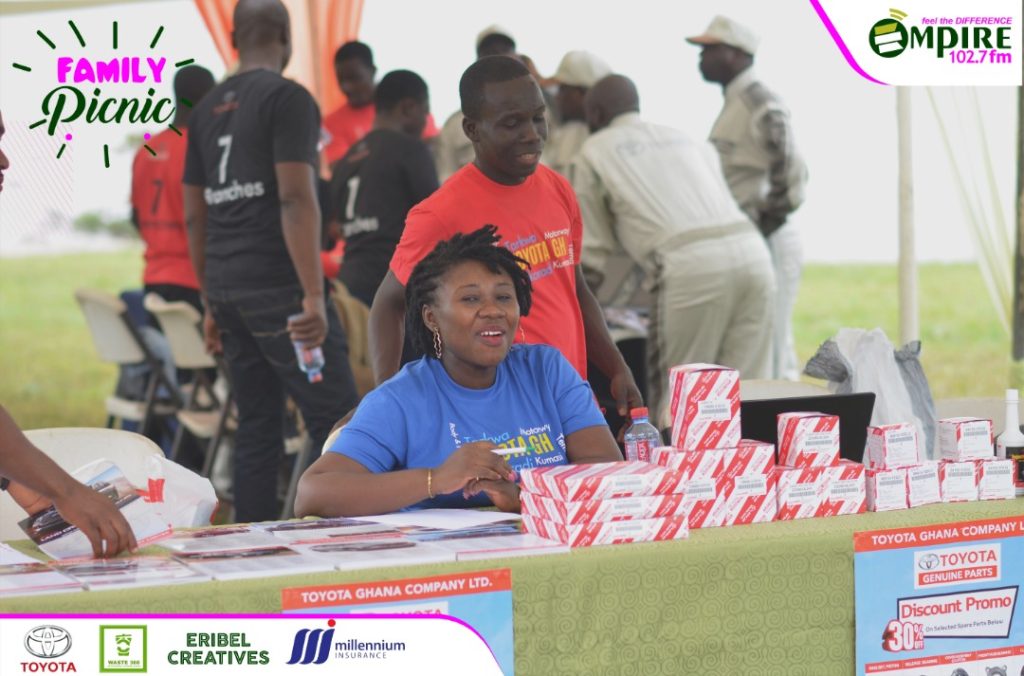 They also gave patrons with valid drivers license a lifetime experience of a free test drive of their latest Fortuner and the all new rush Rav4.
A Banker, Alice Akoyem was exited that the entire event was insured by Millennium Insurance and advised other media houses to emulate Empire.

The Empire Family Picnic was also a money making venture for some vendors who participated. 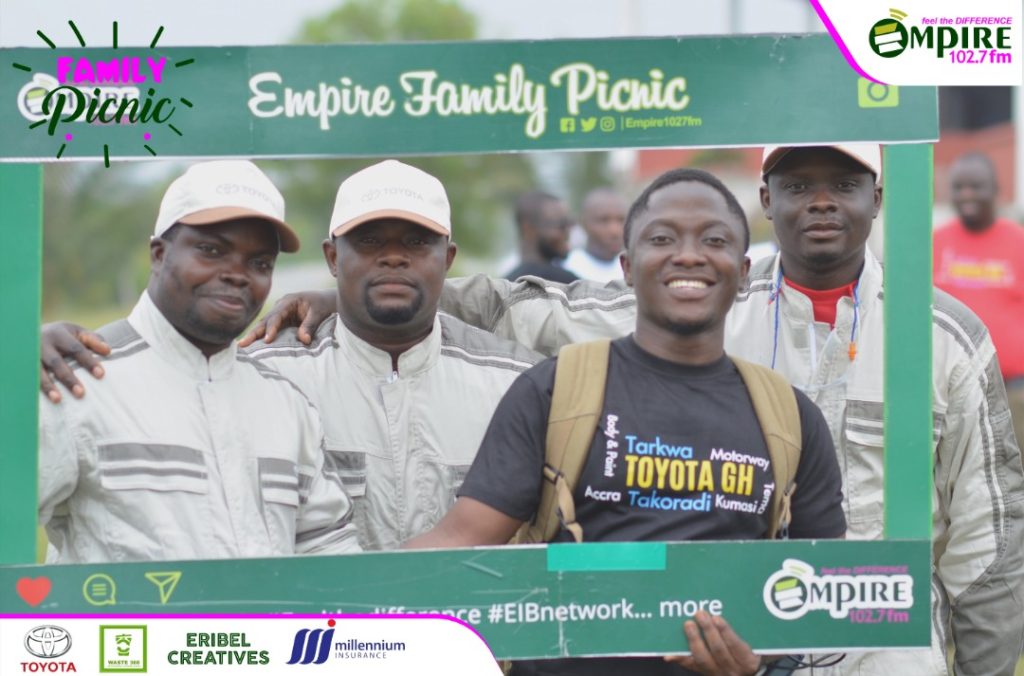 Business Manager for Empire FM, Enoch Kweku Asare said the event was put together to deepen family bonding and networking.

“As a responsible media house, we are very much grateful to all our sponsors and the teeming families who came out in their numbers despite the weather, it only means that they are happy with our content and we will continue to serve them better, we have another exciting event coming up in December, dubbed the TadiFest, he added”