Families of the four Takoradi missing girls are demanding details of the DNA results that confirmed that the exhumed bodies are that of their relatives.

According to them, there has been no evidence shown them to suggest that the results tested positive to the samples they offered to the police.

Speaking to Starr News after the police announcement, a sister of one of the girls said they doubt the claims of the police.

” Nobody told us anything. They are just covering up, we don’t believe it,” said.

The acting Inspector General of Police, James Oppong Boanuh, on Monday confirmed that results of DNA tests conducted on some human parts exhumed in a house in Takoradi are that of the four missing girls.

A special police operation led to the discovery and exhumation of the bodies of the four missing Takoradi girls at Kasawrodo in the Western region, Starr News confirmed in August this year.

The bodies were retrieved from a manhole in the house of the suspect Samuel Udotek Wills.

The whereabouts of three of the missing Takoradi girls – Ruthlove Quayson, Priscilla Blessing Bentum and Priscilla Koranchie – who were kidnapped between August and December 2018 had become a mystery several months after the issue gained national prominence.

The acting IGP also disclosed that the families of the four girls have been informed by the Police.

The Police added that further investigations revealed that the girls were victims of a “serial kidnapping and murdering syndicate that operated in the Takoradi area.” 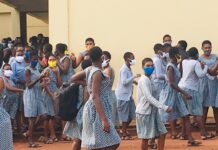 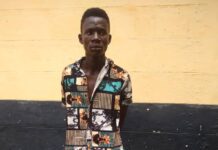 Police arrest kidnapper after baiting him with MoMo