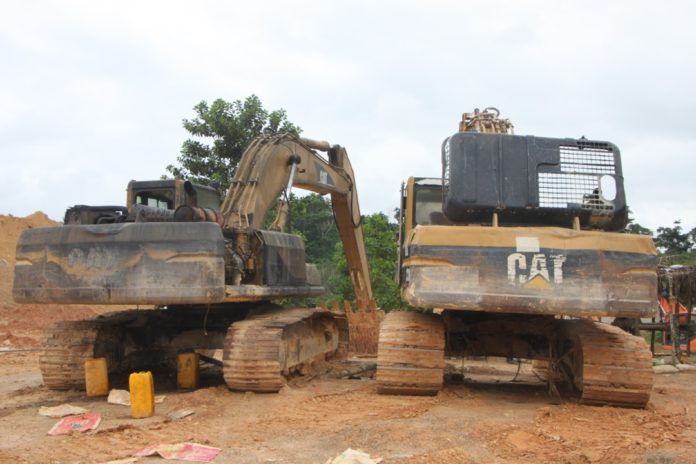 Four (4) Chinese nationals suspected of engaging in illegal mining activities have been apprehended in the Adansi South District in the Ashanti Region.

The suspects, Zhou Jianxu, 55, Huang Qiang, 46, Li Si Va, 47, and Li Kon Fon, 45, have been handed over to the Regional Immigration office in Obuasi for further action.

In other operations two (2) locals suspected of illegal mining were arrested in the Tarkwa-Nsuaem Municipality in the Western Region. The suspects were handed over to Abosso Police for further action.

In the same operation, 8 excavators, 12 water pumping machines, a locally manufactured pistol, military uniforms and a pair of boots were seized.