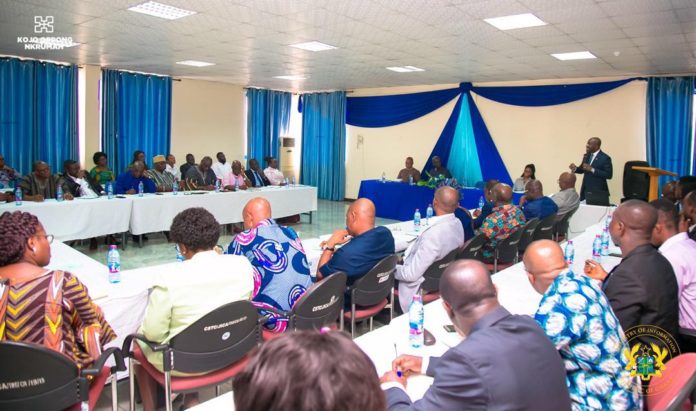 The Ministry of Information has organised a one day training program for Chief Directors on the Right to Information (RTI) Law as part of the roadmap towards it’s implementation in January 2020.

The participants were drawn from the Ministries, Departments and Agencies (MDAs) across the country and taken through data mapping exercise, basic rudiments of the Data Protection Law and setting up of information units.

Addressing the opening ceremony in Accra, Minister for Information, Kojo Oppong Nkrumah said the relevance of the training program is to enable the Chief Directors familiarize themselves with the new law and support the government’s implementation drive.

He announced that government will recruit 600 RTI officers and equip the information units with the requisite equipment in order for them to deliver on their mandates.

Mr. Nkrumah said the Ministry of Finance is in the process of ensuring that funding arrangements for the implementation are concluded for a smooth take off of implementation of the Act.

”Once the Ministry approves the budget, it will be made known to the public” he said.

The RTI law seeks to give effect to Article 21 (1) (f) of the 1992 Constitution which states that “All persons shall have the right to information subject to such qualifications and laws as are necessary for a democratic society”.

The Minister who is also MP for Ofoase Ayirebi said a test run would be conducted in December this year, to assess the readiness of the various information units and personnel before the actual implementation in January 2020.

The roadmap includes establishing Information centres in all government offices, the establishment of the RTI Commission and completion of various administrative protocols before the commencement of the next fiscal year.