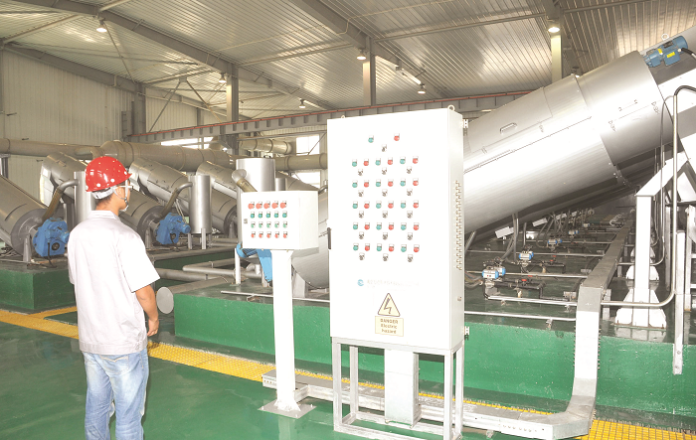 The Lavender Hill faecal waste plant which takes fecal matter directly from the Jubilee House, Parliament House, State Protocol Department, Ministries, and suburbs of Accra including Dansoman, Adabraka among others is reported to have operational difficulties due to inadequate funds.

This was discovered during a tour by MPs at the plant which included Members of the Committee on local government and rural development, Works and Housing, and Environment, Science and Innovation Wednesday.

This was part of a tour of waste management facilities within the capital.

The company is supposed to have a contract with government to execute a public private partnership for the processing and treatment of the 5% of Accra’s waste that directly comes to these facilities but has been operating over the past 3 years via an MoU signed with the erstwhile Mahama administration.

According to them, no financial commitments have been made forcing the company to borrow funds and so a shut-down of the plant is imminent if government does not intervene.

Ranking member for Committee on local government and Rural Development and MP for Odododiodio Nii Lante Vanderpuije said a shutdown of the facility will be a disaster since fecal matter from the Presidency, Parliament and ministries will be stuck at source.