Akosua Manu (fondly called Kozie) has charred an enviable and trail blazing path in social marketing, a career she has demonstrably exhibited significant knowledge and expertise.

An alumnus of Wesley Girls High School and the University of Ghana, Kozie started her work life as a banker in GCB. She joined as a National Service conscript and then as a permanent member of staff and holding the portfolio of systems and back office administrator, a job she performed creditably. After eight years in GCB, in 2014 she took a leap of faith to join Max International, a global multimillion dollar social marketing business in the health and wellness industry. At the same time she continued to build quite successfully a small fashion and clothing business she started in 2012.

But clearly it is in Social marketing that Kozie found her calling. Since joining Max International as an Associate she has charted a rising path making her one of the most successful and inspiring as well as Influential names in a relatively new industry of social marketing. At 36 years her story has been one of a continuously rising star in the industry. She rapidly rose in the ranks of an ”Associate” in Max international to become first female to be ranked high in Africa in a record of 5 months. She went on to become the second woman in African to be ranked as a Diamond Associate in Africa. This achievement has been well recognized by Max International and has earned her a number of Awards. In 2015 she was awarded the Bronze Builder Award for building the most leaders world wide in Utah in the Unites States. That same year she was awarded the International Rising Star Award. The following year she capped the 2016 Team Builder Award at the Max Global Convention in the Philippines for the second time. She was also honored with the Ghana Female Leadership Award. In 2017, she was nominated for the Ghana Entrepreneur Award. In 2018, she received the Max International Team Leader Award for Ghana.

In 2016, Kozie joined the Campaign Team of the NPP and played a very important role in social media. Once again her hard work and dedication was recognized and she was appointed in 2017 to the Office of the First Lady as Deputy Director of Communications where she manages social media engagement and presence. Additionally she has also joined the Communications Team of the NPP.

Kozie is a highly inspired Business Coach, Communication and Digital Brand Strategist and a Political activist. She is driven by the everyday stories of “success against all odds” and picks great inspiration from Beyonce, Oprah and Serena Williams. She also has a very soft side where she demonstrates activism towards sócio economic empowerment of the less privileged. She actively supports a charity called Child Initiative which feeds a thousand schoolchildren weekly.

When she is not busily breaking records at Max International and transforming lives she is either, supporting Manchester United, buried in books, dancing. Kozie is full of life and is highly and passionately motivated to achieve. To her the sky is only a stepping stone to the limits beyond.

Akosua represents a new breed of esteemed and dynamic women straddling both public and private sector and along many roles. Her impressive credentials so far are indicative of a woman with a great future.

With the new portfolio as deputy CEO of NYA in charge of Finance and Administration, trust Kozie to live up to expectations. She is a trailblazer, workaholic and goal-oriented young woman. Kozie is not only a tower of hope but also someone who has success as her middle name. 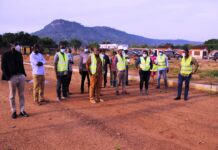 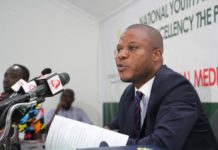 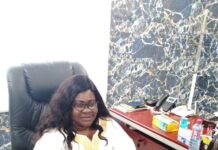