Manasseh’s recent revelations on the Public Procurement Authority appears to lose steam with every passing day.

Not long ago, PPA Boss AB Adjei’s alleged involvement with Talents Discoveries Limited after forensic scrutiny has revealed that the claims by Manasseh stumble short of the Conflict of Interest media charge lavishly adorned on the man’s innocent head.

Anyway, that settled, we will proceed to lay bare the issues that focused on contracts and the alleged sale of them. In the interest of the discussion and for the lay mind to have a fair appreciation and comprehensive understanding of the issues, we will make it possible as simple as possible.

At the end of it all, it will be necessary for us all to appreciate further the fact that whilst we all can rely on some Journalists to come out with the most damning revelations with the hope of ridding society of inappropriate practices, all of us will also come to agree that the persons involved will be supported to take all actions legal and necessary against such Journalists in the event that they get it wrong; which is clearly the case in this PPA much-ado-about nothing.

Manasseh sought to portray emphatically the award and subsequent sale of 15 contracts by Talents Discoveries Limited. The issue here is, yes, Manasseh did not not just cough up the number 15 to make a case of it. But had it probably not been the rush to go and break the news or to state the bring-him-down thirst of his sponsors, he would have so easily realised how and why the number 14 came up is in no way related to the sale of any contract by TDL.

Now, these are the details;
• TDL has on 15 occasions placed Restrictive Tendering applications to entities for subsequent approval by PPA in the last 20 months.
• Out of the 15, they have lost 7 of those applications or bids.
• They won 6 of them
• The remaining two are still being vetted and undergoing due procedure.
• The simple arithmetic therefore is 7+6+2=15
• It is worthy of further notice that of all the 6 that TDL won, TDL has executed or completed 4 of them, work on remaining 2 is still ongoing and at varying stages towards completion.
• TDL won or lost its contract bids at the entity level. The PPA does not by law award contracts.
• Of all the contracts TDL won or lost, TDL competed on merit and has gone ahead to execute those contracts successfully, all by themselves.

By the foregoing statistics, it is clear that Manasseh got it all wrong. Again. Key questions therefore quickly come to mind;

Obviously, the prepared torch against Mr AB Adjei could not guarantee the inferno to burn him to the ground. The compelling details, as shown above, tell us all that it is just a matter of time, Mr. AB Adjei’s position in this matter may most likely see him vindicated.

Ghanaian brows must rise up to the rude awakening that, the plurality of such avaricious elements breeding all around will cause men of integrity and experience to shy away from serving as public officers. 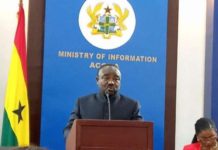 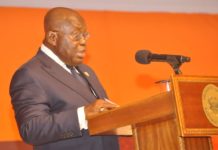 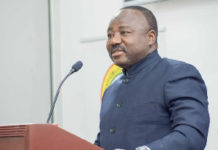