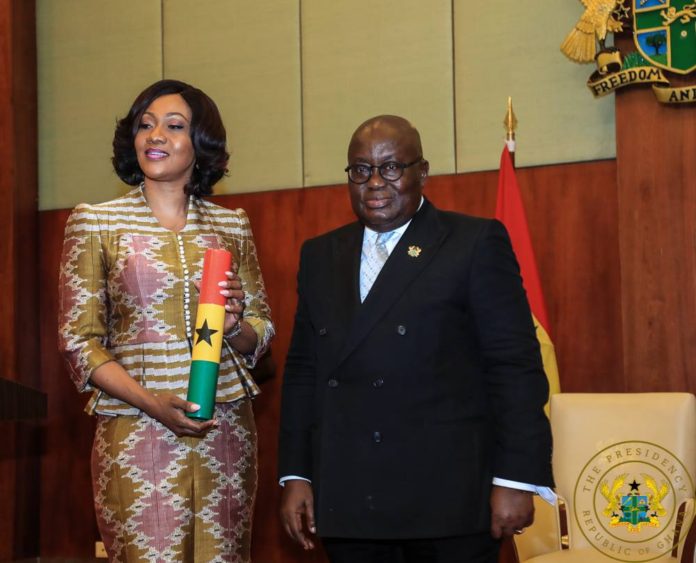 President Akufo-Addo has called on the Electoral Commission to disprove all allegations of her critics by ensuring that it efficiently discharges its functions as stipulated in law.

“There are sections of the Ghanaian community that have attempted to stigmatize you and the Commission as being inefficient, incapable of being able to run this institution efficiently and all of that. It’s going to be a big test for you to disprove these allegations and be able to show that whatever arrangements you put in place at the end of the day are efficient and enable therefore the Commission to deliver on its mandate in a manner that is incontestible,” President Akufo Addo said

The Chairperson of the Electoral Commission, Jean Mensa, in her address to the President noted that over the last one year since assuming office together with her fellow commissioners, they have attempted to establish an effective governance structure for the Commission which hitherto was nonexistent. She also emphasized that the EC is currently recruiting new staff to boost the capacity of the institution. She also noted that a legal department has also been created since there has never been one in the entire history of the EC.

In her remarks, the EC Chairperson indicated that concrete efforts have been made to institutionalize the Inter-Party Advisory Committee (IPAC), the platform that brings together the leadership of all political parties in Ghana to dialogue on issues relating to elections.

“Since assuming office, we have tried to have at least one meeting every month to develop an agenda around which we can have constructive dialogue. I must say that it hasn’t been easy. We had a somewhat shaky start but as the months have gone by, that trust is being built across board and we are making some progress,” Mrs. Mensa said.

President Akufo Addo expressed great delight at the efforts that are being made to institutionalize the operations of IPAC.

“How firmly entrenched it is as a body within the election management system has not been clear up till now and the efforts that are being made to institutionalize and entrench it are very welcomed,” President Akufo Addo noted.

President Akufo Addo in his remarks indicated that he has no personal interest in who runs the EC or not. His focus, he said, is to assist the EC which is a very important state institution to execute its mandate.
“I hope the press took note of the statement made by the Chairperson of the Commission that she has not received one call from the the Office of the President since she took office as Chairperson of the Electoral Commission,” President Akufo Addo said.