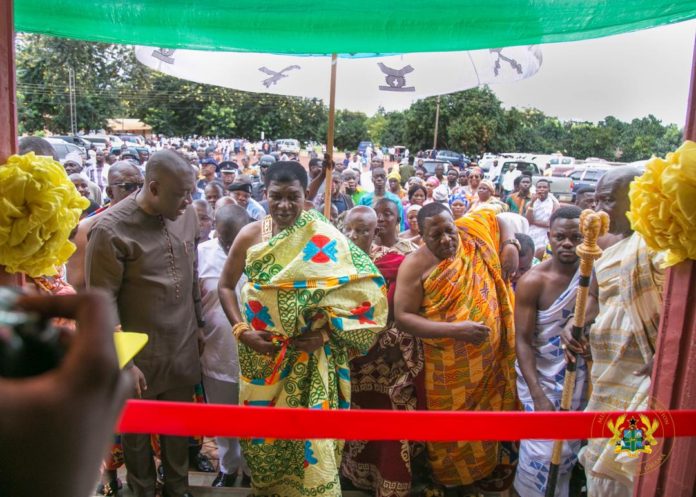 The Omanhene of the Techiman Tradional Council Oseadeeyo Akumfi Ameyaw IV has commended government for consistently holding townhalls as a way of engaging with the people.

He said the platform was important in deepening democracy and must be sustained for feedback purposes.

Oseadeeyo Ameyaw IV was addressing the opening ceremony of the 4th National Townhall meeting on Monday in Techiman in Bono East.

The exercise which is an initiative of the Ministry of Information is on theme “Accounting for Financial Sector Resolution, jobs and Agriculture.

He said work on some major road networks in the region will soon resume while new ones will be constructed in due time.

The Regional Minister also disclosed plans by the Energy ministry to install street lights in the Techiman township to enhance security.

Government agencies are using the platform to account for work done in various sectors and take feedback from citizens.

The Bono East Region is one of the newly created regions by the Akufo-Addo administration.