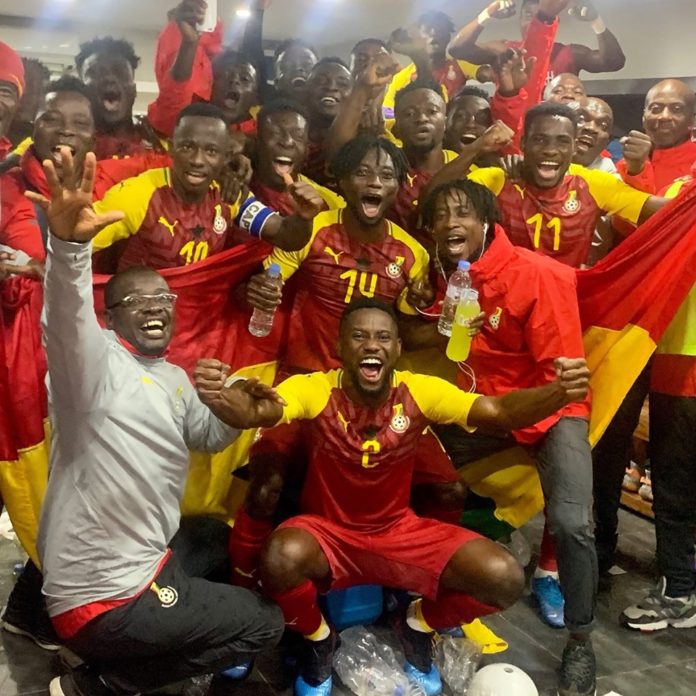 Ghana’s skipper Yaw Yeboah’s late goal has seen the Black Meteors through to the African U-23 Championship which will be staged in Egypt later this year.

The National U-23 skipper scored the only goal of the game  played in Es Setif with a solo run just before the 70th minute mark to give Ghana a hard fought 2-1 aggregate.

After last weekend’s 1-1 draw in the first leg, coach Ibrahim Tanko and his charges were handed a daunting task to go all out for a win in the return encounter.

The young foxes began the game strongly but Kwame Baah managed to keep Ghana in the game with some splendid saves.

Ghana enjoyed lots of possession in the  second half and were rewarded when Yeboah took managed to squeeze the ball past the Algerian defense and planted the ball in the bottom left corner of the post.

An impressive performance by the Ghanaian defense ensured that the Black Meteors protected their goal advantage and progress to the  U23 Championship.

The Black Meteors will join hosts Egypt and other qualified countries at the tournament which will be staged between 5-22 November.

The winner of the tournament and two runner ups will automatically advance to represent Africa at the 2020 Olympics Men’s Football Competition.