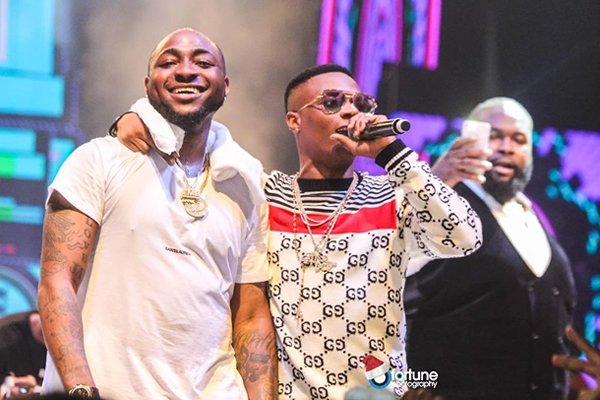 DMW boss, Davido, has finally paid his respects to his musical rival Wizkid, by referring to him as a legend and an icon.

For a very long time, there has been an indirect competition between the two artistes over who is better at his craft and while the two have gone at each other a number of times, the dust has settled and Davido has acknowledged the impact of Wizkid in the music industry.

It all begun when Davido went on Twitter to thank Adekunle Gold for his role in one of his new songs on his upcoming album.

“One of my favourite songs on my upcoming album was Co-written by @adekunleGOLD !!! Thanks for your touch on this! God bless you, brother, #Agoodtime” he said.

This tweet did not go down well with some Wizkid fans who trolled him and asked him to learn to write his own songs.

After a little back and forth with Starboy’s fans, Davido stated that Wizkid is a legend and should not associate with fans who try desperately to bring other musicians down.

Check out the interaction below: