The South African High Commissioner to Ghana Lulu Xingwana has asked African governments to create jobs for their citizens to discourage them from travelling to South Africa for greener pastures.

Xingwana said this Wednesday in a reaction to the latest xenophobic attacks in South Africa. The attacks have left five dead in riots in Johannesburg, where foreign-owned shops were targeted on Monday—a recurrence of the 2015 attacks that left at least seven people killed.

“And this starts from poverty, all of our countries must create jobs and opportunities for their people so that we don’t all flock to one country because the one country would not be able to cope. If all of us were coming to Ghana, would you cope? Would you?” she told Naa Dedei Tettey on Starr Today on Starr FM.

“That’s why I say it’s crime, it’s poverty, in Ghana in south Africa, in Zimbabwe, in Nigeria everywhere. And then people will leave these countries and any other country and think they can find something in South Africa,” she added.

Xingwana said it was wrong for anyone to attribute the violence being recorded in South Africa to hatred of other African nationals.

She said the attacks were not directed to foreign nationals and that it is a crime associated with poverty.

“We have a responsibility, all of us to create jobs and opportunities for our people and not look at one country to do it,” she emphasized.

Meanwhile, Zimbabwe has condemned the recent xenophobic attacks in South Africa, describing it as barbaric.

“It clearly offends the spirit of African unity and solidarity as espoused by the African Union Founding fathers in Addis Ababa in 1963,” Zimbabwe’s Information, Publicity and Broadcasting Services Minister Monica Mutsvangwa said in a statement.

Describing the attacks as heartless in a tweet Wednesday Mahama asked the South African government to assume responsibility for “these inhuman actions and implement urgent steps to prevent these attacks from recurring in the future.”

He said, “the perpetrators of these gruesome attacks are ignorant of the continental solidarity that was required to defeat apartheid and give birth to the new South African nation.”

Meanwhile, Ghana’s Deputy Foreign Affairs Minister Charles Owiredu has said no Ghanaian has so far been attacked in the xenophobic insurrection in South Africa.

He also noted there are no reports that Ghanaian-owned shops or interests have been hit in the attacks. 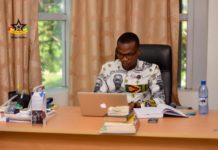 Patriotic Epistles with Kabu Nartey: Chineke me eh! who took Patapaa back to South ‘Afrika’? 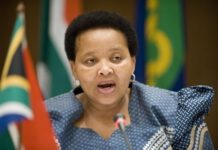