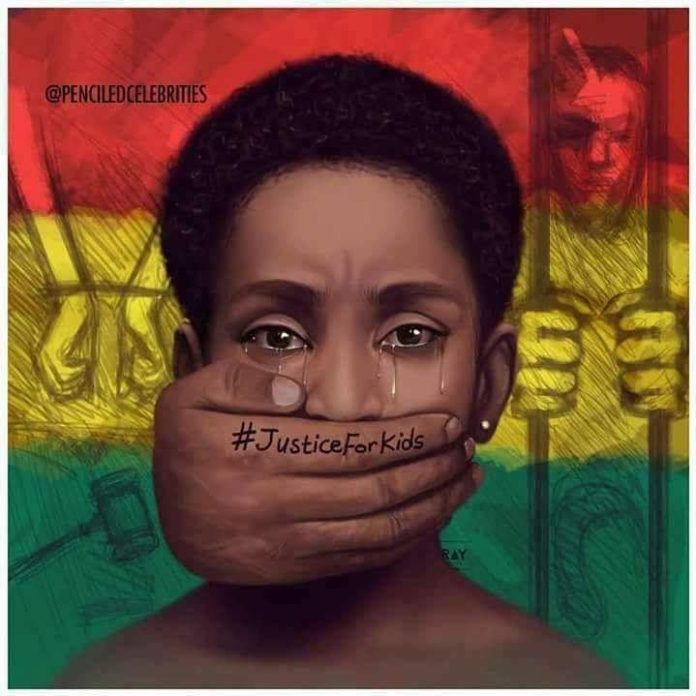 A 33-year-old man has been remanded by the Court for allegedly defiling two minors at Akyem Kukurantumi in the Eastern Region.

The accused person -Owusu Joshua – alias Efo, a Corn Mill Operator is expected to reappear before the Koforidua Circuit Court ‘B’ on October 22, 2019 after he pleaded not guilty to a provisional charge of defilement.

The facts according to the Prosecutor, Inspector Owusu Ababio are that, the two victims went to the room of the accused. One of the Victims reportedly told the accused that “Efo,I have brought her oo!”.

Shortly, the accused shut and locked the door, removed his trouser and asked one of the victims to play and suck his penis while he fondled the breast of the other.

He then forcibly had sexual intercourse with one of the girls.The other sensing danger attempted to open the door to escape but the accused grabbed and gagged her with his palm and forced her to undress under threats that she would be killed if she refused.

The accused allegedly had sexual intercourse with the second victim after which he gave Ghc5 to them to share having threatened them not to disclose their ordeal to anyone.

Auntie of one of the victims became suspicious seeing the children from the room of the accused which upon interrogation the victims confided in her of their ordeal.

A complaint was immediately lodged at the Kukurantumi Police Station upon which the accused was arrested and charged before Court.