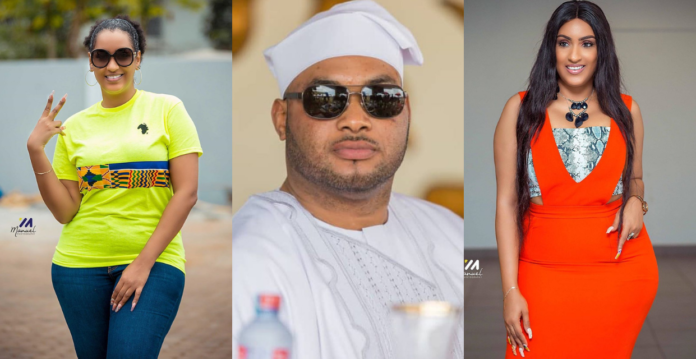 He says he prefers the acting of the ‘Princess Tyra’ star to Nadia Buari and Miss Ibrahim, with whom he has a child.

“I’ll go for Jackie Appiah because she is a good actress. I like the way she acts, she is really  good, I will choose her over Juliet any day,” he told Bola Ray on the Mystery question segment of Starr Chat when he was asked to choose his favorite among the three actors .

He also denied claims by Juliet that they first met at a strip club before they became a couple.

“We met through a friend. We didn’t meet at a strip club, that claim is not true”.

The marriage between the car maker and the actress broke down in 2014. Both parties say the decision to split was mutual.