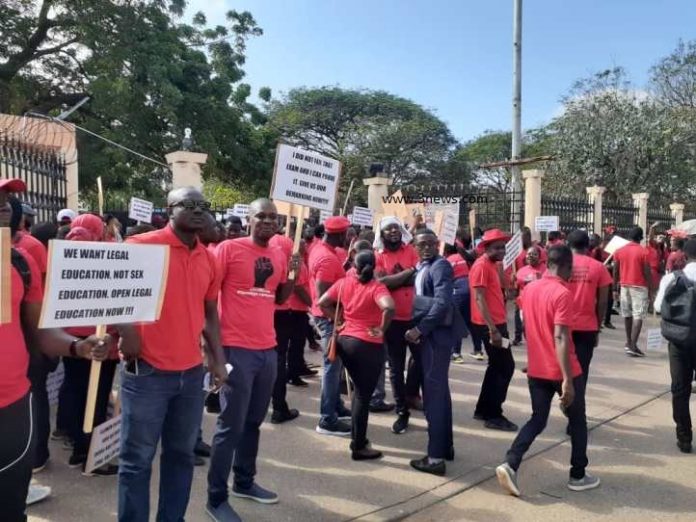 The President of the Ghana School of Law, Jonathan Alua, and about 10 other law students have been arrested after a demonstration on Monday.

The Law students demonstrated in Accra on Monday as part of efforts to demand reforms at the Ghana School of Law.

But in an attempt to present a petition to the President at the Jubilee House in Accra, the law students were met with resistance from police officers, who claimed they had no permission to enter the presidency.

The demonstration was triggered after another mass failure was recorded in the entrance exams organised by the general legal council this year.

The students are marched around the Jubilee House with the aim of securing an intervention by President Akufo-Addo.

This year, only 128 out of over one thousand students who sat for the entrance exams passed.

Meanwhile, the Chief Justice Glory Akuffo says the standards of law education will not lowered under her tenure.