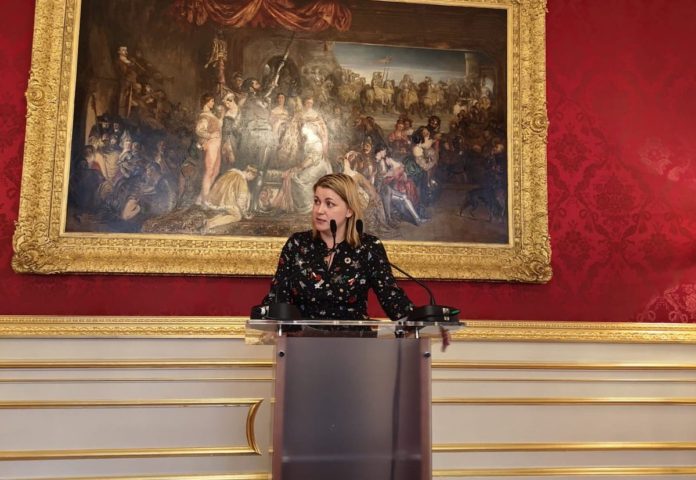 The UK Parliamentary Under Secretary of State at the Department for International Development (DFID), Baroness Elizabeth Sugg, says her country is seeking to remove every form of trade and investment barrier that exists between them and Ghana.

Speaking during her introductory remarks at the third UK-Ghana Business Council meeting at the Jubilee House on the theme: Delivering Mutual Prosperity, Baroness Sugg said both Ghana and the UK have a fine opportunity to use the 3rd Council meeting to set the tone for improved trade relations between their two respective countries.

She further indicated, “As Ghana moves beyond aid, the UK is shifting its focus away from large scale resource transfer towards technical assistance.”

“I would like us to come out of today’s meeting with an agreement on specific actions in each of those areas focused on where we think we can have the biggest impact together and beyond that, would love to discuss more on what we can do more to breakdown barriers to trade and investment between the UK and Ghana,” Baroness Sugg stated.

Vice President Mahamudu Bawumia in his opening remarks indicated that the Nana Akufo Addo government has focused on formalizing the Ghanaian economy particularly through digitalization modules such as the introduction of the digital addressing system, the issuance of national biometric identity cards and mobile money interoperability.

These efforts, the Vice President believes have set the stage for Ghana to engage the rest of the world for greater trade and investment.

“With what we are doing, we expect within the next two to three years in Ghana, we will have a completely different public sector as far as the digitization and automation of services is concerned,” Vice President Mahamudu Bawumia said while he addressed the gathering. “We should have a more efficient public sector and a less corrupt public sector.”

Dr. Bawumia further noted that Ghana is making a lot of good progress in setting up the UK-Ghana Business Council and the efforts of the Council ought to continue because there was a lot more to be done.

The UK-Ghana Business Council (UKGBC) is a biannual high-level meeting between top UK and Ghana government Officials and Ministers. The meeting is used as a vehicle to move forward a new strategic economic partnership between the UK and Ghana that focuses on increased trade and investment and additionally emphasizes the development of priority sectors of the Ghanaian economy that leads to job creation and sustained economic growth.

Together, the UK Government and the Government of Ghana have agreed on six priority sectors and they are; Agri – processing, financial services, textiles/garments, pharma, digital and extractives as the main areas of cooperation between them.