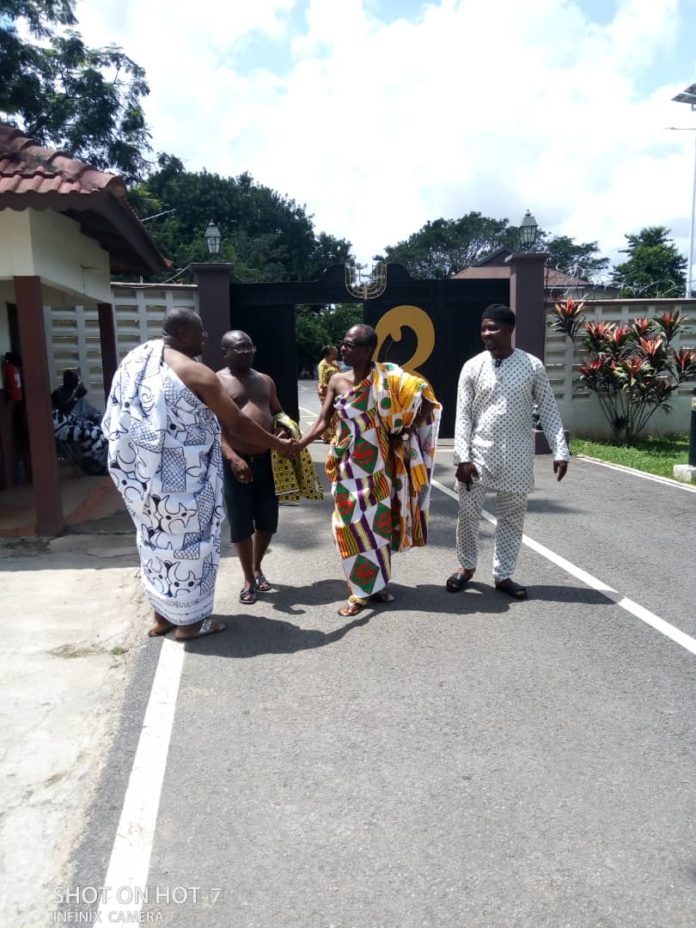 The General Secretary of the opposition National Democratic Congress (NDC) Johnson Asiedu Nketiah leading a delegation of five have arrived at the Manhyia Palace in Kumasi to celebrate the festival, Akwasidae, with the Asantehene Otumfuo Osei Tutu and his people.

The party is using the opportunity to officially welcome the Otumfuo back home from United State of American where he presented a historic speech on role of traditional leaders in peace building in the country on the invitation of the United Nations. 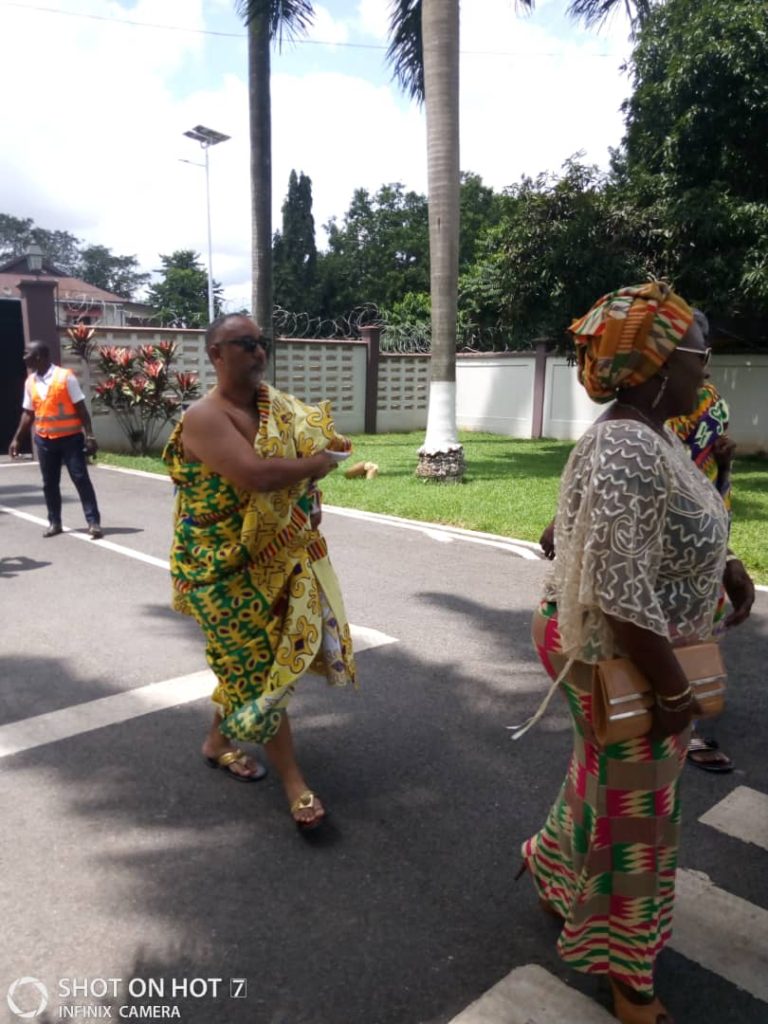 Speaking at the Akwasidae festival, former Municipal Chief Executive of Obuasi Akwasi Ofori Agyemang said “the delegation was sent by former president John Dramani Mahama to officially welcome Otumfuo on his return to Manhyia after his trip to UN general Assembly meeting we he made Ghana and Asanteman proud and also wish him well”.

The delegation presented drinks among other items in line with tradition to be used for the festival.

The Otumfuo and the NDC have had a tensed relationship in recent times over claims by the King that he had to persuade former President John Mahama to accept defeat in the 2016 elections.

The former President has denied the claims by the monarch.