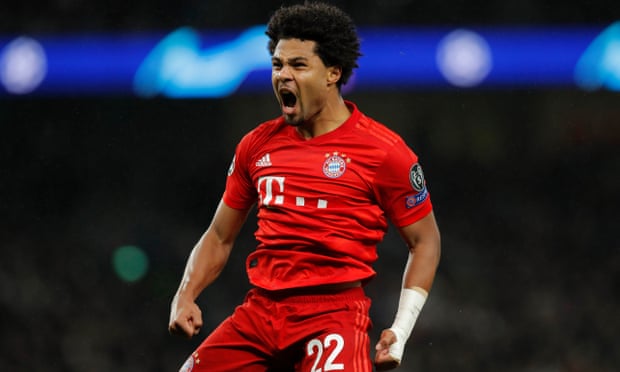 Spurs started brightly in London and took the lead through the lively Son Heung-min but were pegged back by fine strikes from Joshua Kimmich and Robert Lewandowski, who struck on the stroke of half-time.

The second half belonged to former Arsenal man Gnabry, who struck four times as the five-time European champions completed a rout. Lewandowski also scored a second.go

It was the first time Spurs had conceded seven goals in a home match in any major competition.

The result leaves Bayern in pole position in Group B with two wins from two matches but Spurs have just a single point after seeing a 2-0 lead wiped out in their opening game against Olympiakos.

Mauricio Pochettino’s side reached the Champions League final last season after winning just one point from their opening three group games but the manager has work to do to lift his side’s spirits.

Hugo Lloris was called into action in just the second minute, beating away an effort from Gnabry when he just had the Spurs goalkeeper to beat.

But Tottenham were quickly into their stride and Son twice tested Manuel Neuer.

The South Korean forward was rewarded in the 12th minute, latching on to Moussa Sissoko’s through ball and firing low into the far corner from the right side of the box.

But Bayern were level just 194 seconds later when Kimmich controlled the ball and struck from 25 yards.

Bayern took the lead on the stroke of half-time thanks to a superb finish from Lewandowski.

The Poland striker picked up the loose ball at the edge of the area and swivelled to fire into the bottom corner.

Bayern extended their advantage eight minutes after the break as Gnabry broke at pace down the left and burst into the box before drilling into the bottom corner.

Pochettino’s men were handed a lifeline as the referee pointed to the penalty spot for a foul on Danny Rose, with Harry Kane reducing the deficit to 4-2 on the hour mark.

But Gnabry sealed his hat-trick for Bayern in the 83rd minute after racing beyond the Spurs defence and slotting past Lloris from 15 yards.

There was still time for Lewandowski to side-foot home a sixth for the German giants and Gnabry was able to add his fourth, and a seventh for Bayern, in the 88th minute.

Spurs have struggled to find consistency this season following a period of unrest in the dressing room, with key players including Christian Eriksen linked to moves that never materialised. 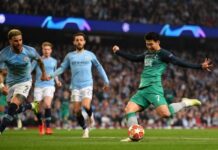 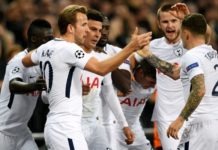