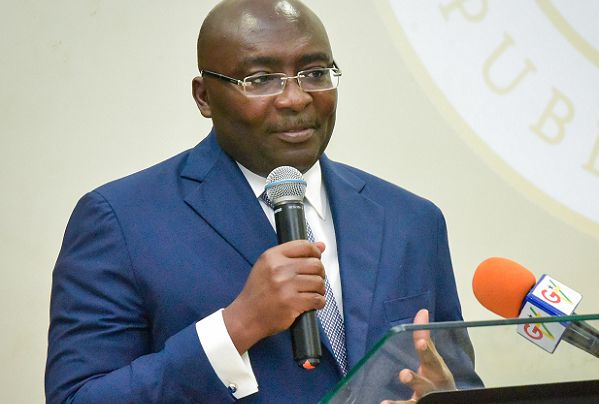 The Vice President, Dr Mahamudu Bawumia, has expressed worry over the negative use of social media, which he says has the potential for spreading false news, propaganda and fear which can undermine organizational, societal and national cohesion.

Speaking as the Guest of Honor at the Ghana Navy at 60 ceremonial parade at the Sekondi Naval Base, on the theme: “Celebrating 60 years of Naval Excellence, securing the maritime domain for national development,” Dr Bawumia stated that it is unfortunate that some Ghanaians, including officers of the law, have unwittingly used social media for negative purposes.

“As disciplined officers, you should not allow yourselves to be drawn into such category of social media users…I urge the Military High Command, as a matter of urgency, to formulate the necessary regulations for the healthy use of social media by military personnel, I also urge all of you to be mindful and circumspect in the use of social media in a manner that is inconsistent with, or in breach, of the Code of Service Discipline,” he said.

The Vice President further urged both senior and junior leadership in the Ghana Navy and the Ghana Armed Forces to continuously and consistently intensify awareness and education of the young officers and sailors, through both formal and informal channels on the proper use of social media, as well as its negative side-effects.

“It is no secret that a Fighting Force without the requisite logistics support will not be able to discharge its role effectively and efficiently. Government is aware of the various challenges faced by the Navy, Prominent among which are the lack of adequate accommodation for both officers and ratings, as well as the poor technical state of ships.

“I can assure you that plans are underway by Government to put up both residential and office accommodation for the Navy and the Ghana Armed Forces as a whole,” he noted.

He added that Government is making frantic efforts to adequately address the technical challenges faced by the ships to improve their operational readiness and capability.

“In a few days from now, we will cut the sod for the commencement of the construction of a Forward Operating Base at Ezilinbo in the Jomoro District of this Region. Plans are also far advanced for the acquisition of two Offshore Patrol Vessels with helicopter decks to improve the operational capability of the Navy.”