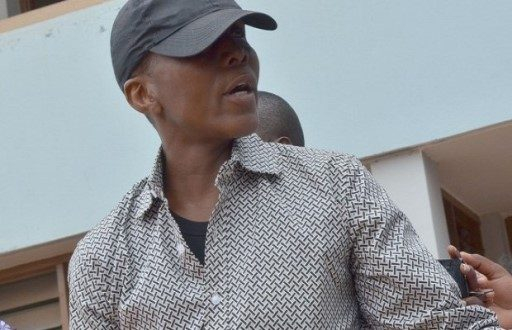 A High Court presided over by Justice Merley Wood has put on hold the trial of Gregory Afoko and one another alleged to have conspired to kill the Upper East Regional Chairman of the New Patriotic Party (NPP), Alhaji Adams Mahama, in 2015.

This is because Afoko has filed an application for Certiorari at the apex Court challenging the revocation of his bail by the High Court. He is also asking the highest court of the land to prohibit the trial judge from hearing the case.

In court on Friday, November 8, 2019, when the matter was called, the trial judge said due to the pendency of a certiorari application yet to be determined the matter stand adjourned to November 21, 2019.

On March 14, 2019, another Accra High Court, presided over by Justice George Buadi, admitted Afoko to bail in the sum of GhȻ500,000 with two sureties, one of whom must be justified.

That was after his lawyers had argued that their client deserved to be granted bail because the state was not ready to prosecute him.

The defence based their argument on a nolle prosequi filed by the Attorney-General on January 28, 2019 to discontinue Afoko’s trial after more than three years of trial.

Following the arrest of Asabke Alangdi, the other person alleged to have conspired with Afoko to allegedly commit the murder, the AG filed the nolle prosequi.

However, on July 15, another High Court, presided over by Justice Merley Afua Wood, a Justice of the Court of Appeal sitting as a High Court judge rescinded that bail that was granted to Afoko.

The court that is hearing the fresh case rescinded the bail after upholding the arguments by the prosecutor, Ms Marina Appiah Opare, a Chief State State Attorney.

The Chief State Attorney argued that the circumstances under which Afoko was granted bail had changed.

She argued further that, the other High Court granted Afoko bail on the basis that the state was not certain as to when to start prosecution.

She contended that the state has completed the committal proceedings and commenced trial quickly after the nolle prosequi was filed.

She further argued that looking at the nature of the case, and the expected punishment, there was the likelihood that Afoko may not appear before the court to stand trial if the bail was not rescinded.

Justice Wood agreed with the prosecutor and rescinded the bail.

A seven-member jury has been empanelled.

Alhaji Mahama suffered severe bodily injuries after a substance suspected to be acid was allegedly poured on him in front of his house in Bolgatanga on May 20, 2015.

He later died from the injuries at the Bolgatanga General Hospital.