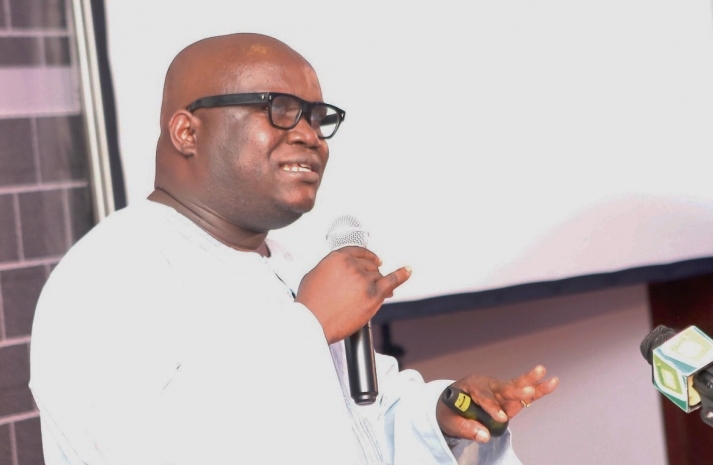 The Chamber of Telecommunciations has called on government to review its position on mobile money tax.

It comes after the Communications Minister announced the introduction of the tax on mobile money services.

Speaking at a news conference to reveal the latest findings of the Telecom Transparency Initiative report, CEO of the Ghana Telecoms Chamber Ken Ashigbe explained that the decision will be akin to shifting the tax on financial services  on mobile money customers.

He said that government needed to use mobile financial services to increase the tax net instead of making it more expensive.

He said: “the argument we made is, the fact that already in terms of profit, once you make profit, the corporate income tax you pay it at 30% so that one is there. So once profits are made, that is that. All the commissioned agents, when their commissions are being paid, there is a withholding tax that are deducted out of that that’s paid to government. Then anybody that the mobile money company deals with, there are also withholding taxes that are also shared and in monetary terms, in 2018 alone we have paid 15.1 million-in taxes.”

Touching how mobile financial platforms can be used to bring people  into the formal system, he said “but we can look into how we can use mobile money to get a lot more data on transactions that are made because now when people work for you, you pay the person through mobile money. So that work that the person has done is what has to be taxed.”

“So how can we use mobile financial services to bring everybody into the formal system so that at least there is data, there is traceability and then be able to say how much money everybody is getting. So that once we can get that maybe we can get to a point we now can separate transfers that are  made to payments that are mad,” he said.

He added “so we need to be able to explore how we will use these digital services to increase and grow the tax net so that a lot more people will come into it rather than saying that we will tax. Because once we tax and make it more expensive, the seven million or so people in Ghana that are currently not included, you will not be able to bring them in, so that’s our argument.”

“But its an argument that we think we can sit together with the ministry of finance, communication, the GRA to be able to find out ways in which together as a county we can increase our tax revenue,” he ended.