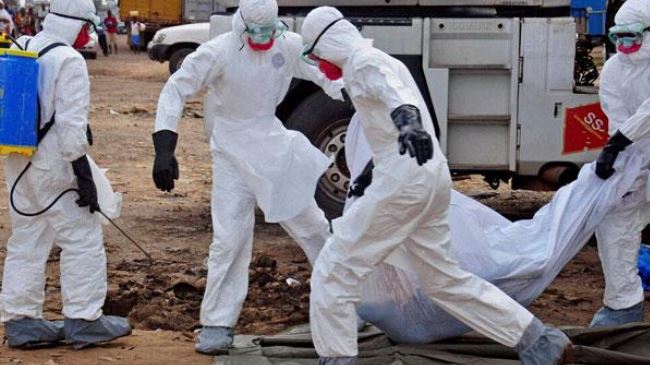 A Congolese journalist who had been raising awareness about the Ebola virus in the Democratic Republic of Congo has been killed at his home.

The army said unidentified attackers raided Papy Mumbere Mahamba’s home in Lwebma, in the north-eastern province of Ituri, killing him, wounding his wife and burning their house down.

People working to stop the virus are often targeted.

The BBC World Service’s Africa editor Will Ross says over the past year there have been dozens of attacks on health centres and on people working to stop Ebola.

The violence is thought to be fuelled by the belief among many people that the virus is not real, which can lead to mistrust of those working in the sector.

When medics call for people to forgo traditional rites to ensure safe burials, for example, it can create animosity. Some people even feel Ebola is a hoax created by medics to get well-paid jobs.

Mr Mahamba had just hosted an Ebola awareness programme on a community radio station when the attack took place.

A journalist at Radio Lwemba, the local radio station where he worked, also confirmed the details. Jacques Kamwina told AFP news agency that Mahamba had been stabbed to death.

What is the situation with Ebola in the DRC?

The DRC declared an Ebola epidemic in August 2018. More than 2,000 lives have been lost amid a total of 3,000 confirmed infections, according to the World Health Organization (WHO).

The outbreak is affecting the DRC’s North Kivu, South Kivu and Ituri provinces.

In July, the WHO said the situation there was a “public health emergency of international concern.”

Efforts to control the outbreak have been hampered by violence against healthcare workers and Ebola treatment facilities.