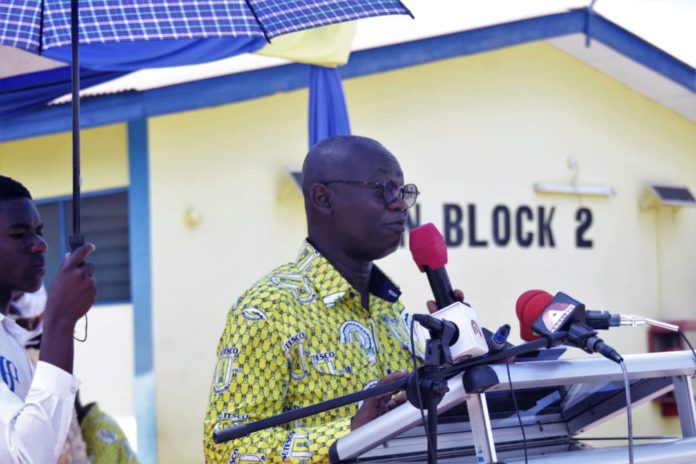 The Ghana Education Service (GES) has procured four hundred thousand (400,000) sets of questions and answer booklets from the West Africa Examination Council (WAEC) for distribution to the first batch of beneficiaries of the Free Senior High School policy preparing to write their final examination April next year.

The exams booklets contain possible questions that will appear in their final examination. The move is as part of measures to ensure that the students pass the WASSCE.

President Akufo Addo in a recent tour of the Eastern region charged final year students of Nkawkaw Senior High School to pass the WASSCE well to shame critics of the Free SHS policy claiming the quality of Secondary education has been compromised.

Speaking at a Speech and Prize Giving Day/Homecoming for past students of Suhum Senior High Technical School (SUTESCO) in the Eastern Region, the Director-General of Ghana Education Service, Prof. Kwasi Opoku Amankwa explained that,  the decision is an additional intervention.

“Additional interventions are being put in place with the procurement of two sets of questions and answers for the schools to be used for revision. 400,000 copies that have been bought, one each is expected to be given to each student in the final year to help them in their revision. The set that each student is going to get is actually a compilation from West Africa Examination itself so it has the keys as to how to answer questions.”

According to the Director-General, various interventions put in place by the government at the Secondary education level are yielding positive result reflecting in the overall performance of Students in WASSCE Examination.

“Over the years our WASSCE exams has not been the best, as in entire country but thankfully, this year we saw some much improvement and it is as a result of some of the efforts we put in at GES and the Ministry.”

Prof.Opoku Amankwah said, “One of the measures that we took was that we changed from term to semester and in doing that we increased the contact hours from a 1080hours per year to an 1134 hours per year. we also had discussions with WAEC and we moved the exams from February to April, last year they wrote the exams from April to June, and this year they will also write from April to June. Our aim is to take it up to what it used to be when we had the May/June exams.”

Procurement of 1100 Vehicles for SHSs

The Director-General of GES stated that government is addressing challenges facing Second Cycle institutions including transportation, infrastructure, inadequate textbooks among others.

“Government has provided learning materials and it is in the process to procure textbooks for over 57 elective subjects. We are receiving about 300 buses in the next few weeks. SUTESCO will be the first School on the list. The buses are coming.800 Pick Up vehicles are also coming and that one too you will get some”

He donated Ghc5000 to the management of SUTESCO – his alma mater.

The Headmistress of Suhum Senior High Technical School, Elizabeth Ama Agyakwa, commended the old students for the immense contributions towards the development of the school.

She, however, appealed to the old students to help complete a fence wall project around the school to help curb pilfering.

Adding that the school needs “major renovations of all the dormitories and classrooms, expansion of dining hall, a Generator plant, furniture, Bus, shed at the kitchen, and Organ for the choir.”

The Chief Executive Officer of National Communication Authority (NCA) Joe Anokye and the Member of Parliament for Suhum, Opare Ansah, handed over an ICT centre they furnished with 20 computers, 20 UPs equipment, 2 air conditioners, a printer and projector secured through GIFEC, to the school. 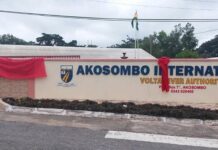 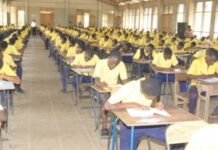 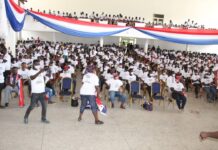