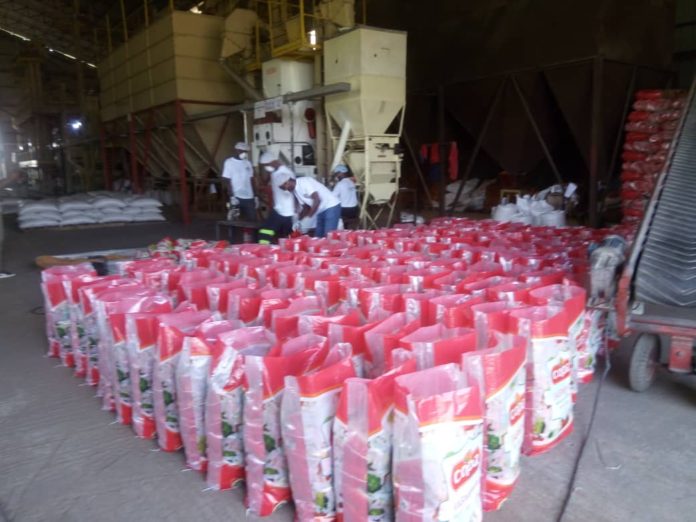 Government has teamed up with private company, Wienco Agriculture, a subsidiary of the RMG Group, to purchase rice from farmers nationwide.

The move comes as the country prepares to ban rice imports by 2022.

In the coming days, officials of Wienco Agriculture are to visit farms and purchase rice from farmers.

This came to light when the Deputy Minister of Food and Agriculture, Kennedy Osei Nyarko, and officials of Wienco Agriculture met within some rice farmers at Avalavi Weta in the Ketu North District of the Volta Region, on Tuesday, November 26, 2019.

The rice purchase will take place under RMG/YIAP Partnership.

He said the approaches include increase production, local consumption and processing.

However, he said paddy rice production capacity was 769,400 metric tons.

In 2019, according to the Deputy Minister, production capacity for paddy rice is expected to hit 900,000 metric tons.

He encouraged Ghanaians to consume made in Ghana rice this Christmas season, lamenting that the state was spending huge revenue on the import of rice annually.

Commodity Procurement and Key Accounts Manager of Wienco Agriculture, Abdul Razak Sania, said the company will move out in the coming days to buy paddy rice from farmers.