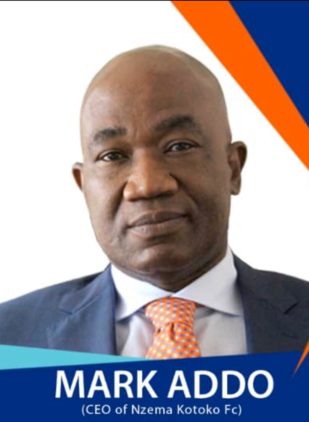 President of Nzema Kotoko Football Club, Mark Addo has been elected the  Vice President of the Ghana Football Association by the Executive Council of the FA on Tuesday.

Mark Addo was elected on Tuesday during the Exco’s maiden official meeting in Accra.

Last month, Addo was elected onto the GFA Executive Council as one of three representatives of Division One League clubs.

He will deputise for newly-elected GFA President, Kurt Okraku. 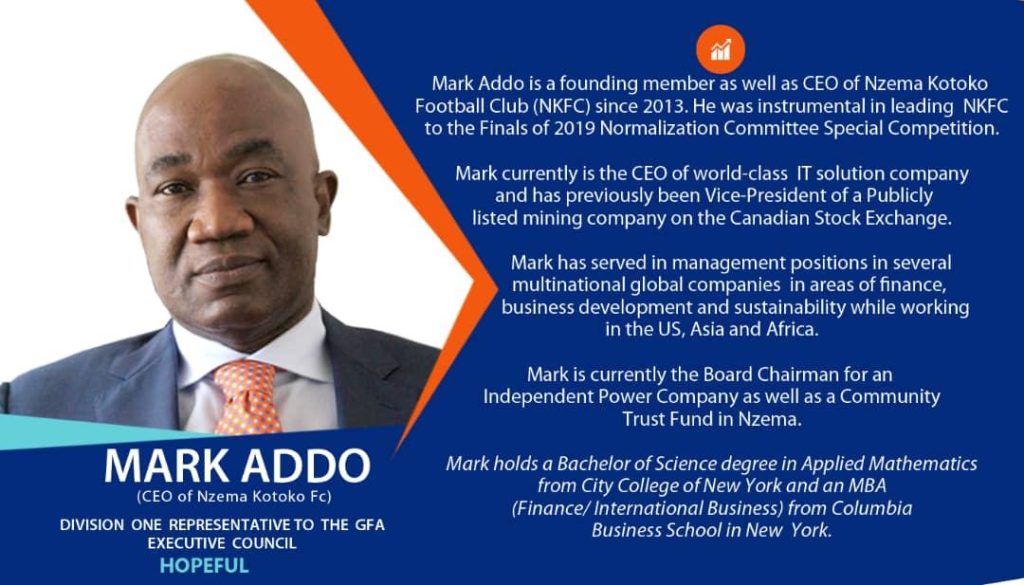