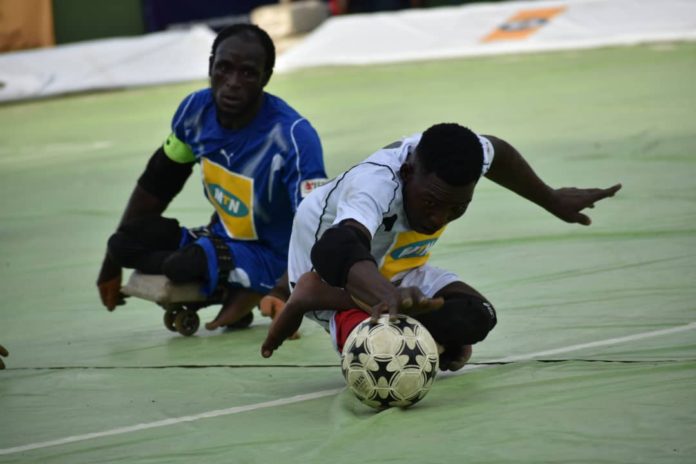 Accra based skate soccer team Accra Giants showed classed as they walloped rivals Ashanti Warriors 5-1 to lift the ultimate in the finals of the 2019 MTN Skate Soccer league.

Accra Giants right from the blast of the referees whistle made their intentions clear of carrying the day as they mounted intense pressure on their opponents for the opener.

Their efforts were rewarded in the 9th minute when danger man Gariba Sanni was brought down in the vital area. Gariba stepped up but missed from the spot. He later made amends a few minutes later by getting the opener through a solo effort and followed it up with two more goals.

Sanni’s hat-trick gave the Giants a commanding lead heading into the break with a 4-0 scoreline. Back from recess Ashanti Warriors stepped up their game but only managed to get a consolation goal.

Saani Gariba was named as the most valuable player. He also won the goal king award with nine goals in the competition. The best goalkeeper accolade went to Rafiu Amidu of Ashanti Warriors

The Skate Soccer League is proudly sponsored by MTN Ghana and Binatone with support from the International Federation of Skate Soccer [IFSS].