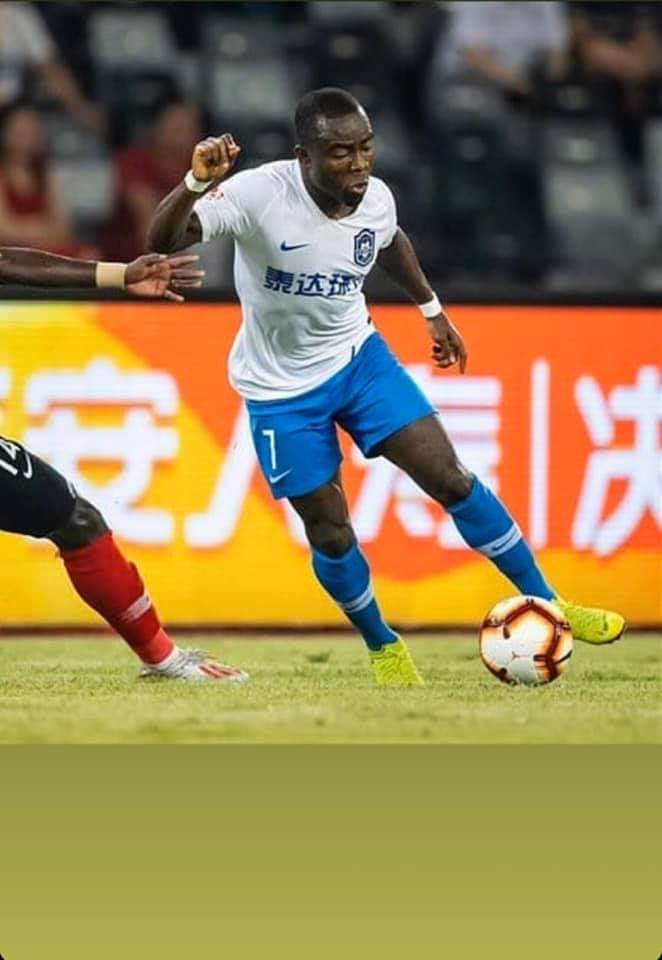 Frank Acheampong who completed his second full season with Tianjin Teda lined up in all 30 league games for the club, scoring 9 goals and providing 9 assists.
Thé team coached by former Switzerland and Ivory Coast manager, Uli Stielike finished 7th, the club’s best performance in more than 5 seasons, thanks to Frank Acheampong’s inspirational performances worthy of player of the season for the club.

Frank Acheampong, a veteran of two Africa Cup of Nations competitions in 2015 and 2017 with the black stars and bronze medal winner at the 2013 FIFA under 20 World Cup in Turkey, was involved in 18 league goals for Tianjin Teda throughout the season.

He scored a league-record 17 goals for the club in his first full season last term to help Tianjin Teda survive relegation.

His performance last season earned him a contract extension until December 2021 after joining from Belgian giants Anderlecht in an initial 6 months loan in 2017.

Frank has gone on to become Tianjin Teda’s most important player in the last two and a half seasons scoring 32 league goals in a little over 70 appearances.

The former Berekum Chelsea and King Faisal winger is among the top performers in the Chinese Super League the last two seasons.