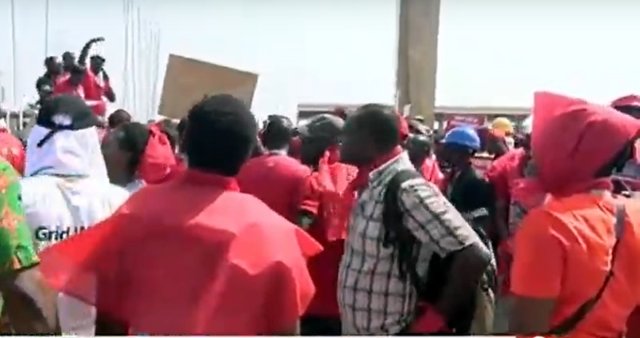 Staff of the Ghana Grid Company (GRIDCo) have hit the streets over the mounting debts which they say is crippling the company.

The debts are mainly owed them by power transmitters including ECG VALCO, and NEDCo.

The demonstrating staff are clad in red and started their protest from the Black Star Square in Accra.

They are expected to petition the finance minister and the ECG management by the end of the protest.

On November 1, they held a press conference and warned they will be staging a March as part of efforts to get the debts paid by the state.

Addressing a press conference at the International Press Centre in Accra, Chairman of the Senior Staff Association of GRIDCo, Raphael Kornor said staff have reached their wits end and cannot continue to sacrifice any longer. The staff, he said, have resolved to embark on various actions if the GHc 250 million the President directed the Finance Minister to be paid GRIDCo is not paid. The other debts they are demanding are the USD $32, 576,974.05 owed them by VALCO as at September 30th, 2019, the GHc 607 million owed by ECG as at 1st March 2019, the GHc 177 million owed them by NEDCo as at September 30th, 2019 and the GHc 94, 204,903.17 which is the PDS debt which the ECG collected during the suspension of PDS.

Actions to Be Embarked on

As a sign to show how serious they are with their demands, the Senior Staff Association of GRIDCo announced, “With immediate effect, we declare the hoisting of red flags at all locations with red arm bands by all staff. This is to show our displeasure,” Mr. Kornor said.

He further noted, “From the Friday, November 22nd, 2019: staff would treat all emergency work as normal work within the normal working hours. From the Friday, November 29th, 2019, staff are going to march to the ECG office and the Ministry of Finance to picket in demand of our money. If by the close of work Wednesday, December 4th, 2019 all our debts are not paid, we would declare a sit-down strike. Following the sit-down strike, we shall impress upon GRIDCo Management to disconnect all customers indebted to us.”

“We are embarking on these actions to restore the backbone of the NITS and to ensure that GRIDCo remains a fully-owned Ghanaian company managed by full-blooded Ghanaians and not to be thrown out there for people to grab,” Mr Kornor further stated.

The Ghana Grid Company Limited (GRIDCo) was established pursuant to the Energy Commission Act 1997 (Act 541) and the Volta
River Development (Amendment) Act 2005 (692). This Act provided for the exclusive operation of the National Interconnected Transmission System (NITS) by a licensed independent utility for the transmission of electricity throughout the country. As such, GRIDCo was exclusively licensed to operate the NITS on December 15th, 2006 as a private limited liability company under the Companies Code 1963 Act 179 and was granted a certificate to commence business on December 18th, 2006. GRIDCo became fully operational on August 1st, 2008, following the transfer of the core transmission staff from VRA to GRIDCo.

The main functions of GRIDCo are to undertake economic dispatch and transmission of electricity from wholesale suppliers (generating companies) like VRA, Ameri, Karpower, Asogli etc and deliver such power to bulk customers including ECG, VALCO, Northern
Electricity Distribution Company (NEDCo) and the mines. GRIDCo also provides fair and non-discriminatory transmission services to all
power market players, acquire and manage assets, facilities and system required to transmit electrical energy as well as provide metering and billing services to bulk customers. 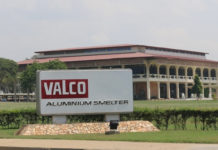 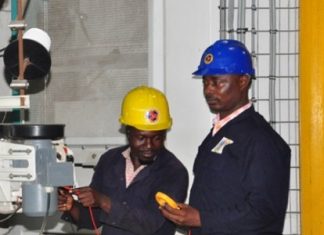 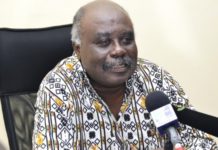