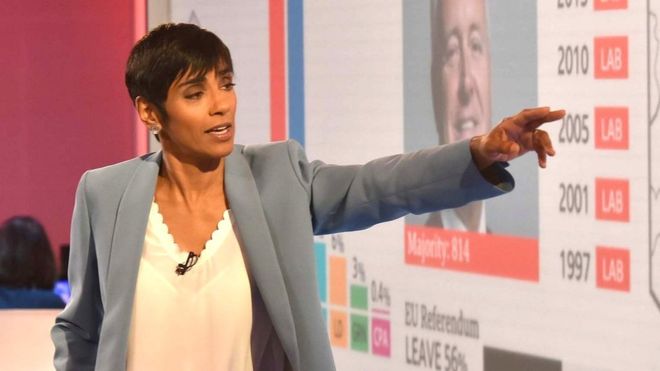 For the first time, BBC News published a news story for every constituency that declared election results overnight – all written by a computer.

It was the BBC’s biggest test of machine-generated journalism so far.

Each of nearly 700 articles – most in English but 40 of them in Welsh – was checked by a human editor before publication.

The head of the project said the tech was designed to enhance the service provided rather than to replace humans.

“This is about doing journalism that we cannot do with human beings at the moment,” said Robert McKenzie, editor of BBC News Labs.

“Using machine assistance, we generated a story for every single constituency that declared last night with the exception of the one that hasn’t finished counting yet. That would never have been possible [using humans].”

The technology can quickly produce stories focused on numbers, such as football scores, company financial reports – and general election results.

Overnight, the BBC generated 649 news articles in English – one constituency has yet to declare its results – and 40 in Welsh.