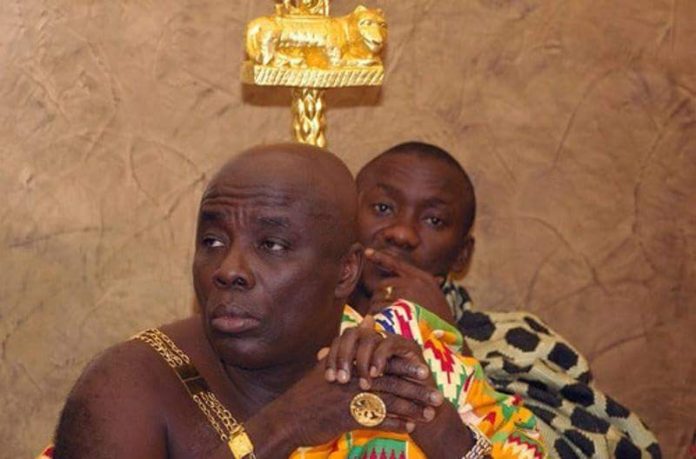 The President of the Eastern Regional House of Chiefs, Osagyefuo Amoatia Ofori Panin, has said the overall benefits of amending Article 55(3) of the 1992 constitution was going to be enormous to Ghana’s local governance system.

The Overlord of Akyem Abuakwa explained the election of Metropolitan, Municipal and District Chief Executives( MMDCEs ) was a “glorious opportunity to ensure greater participation of our people in the governance of this country”

Okyenhene strongly advocated for a “Yes” vote for political participation in local level election proposed in a referendum aborted Sunday by Ghana’s President Akufo Addo over lack of consensus.

Okyenhene blamed the botched referendum on low awareness which most Ghanaians couldn’t decipher and appreciate benefits the referendum could have brought subsequently if MMDCEs were elected.

“We heard the President withdrew the referendum lastnight. On our minds, on my mind, my convicted opinion was that it was going to bring governance to doorstep of the people and it was going to allow people to shape their future at the district level, and take charge of their own destiny. But unfortunately, the message was not delivered properly and people did not understand the benefits of that referendum”.

Okyenhene said this Monday December 2, 2019 when addressing the Eastern Regional House of Chiefs on the Occasion of the End of year General Meeting in Koforidua. Present were officials from Local Government Services invited to explain the intent and benefits of the referendum to the House of Chiefs.

He called on government to provide greater participation to traditional rulers in decision and implementation of development programmes adding, “as bastion of rulers from time tested traditions and values, traditional rulers, having deeper knowledge of the challenges and Aspirations of people when given the opportunity and support will be able to mobilize their communal spirit for the common good”

Okyenhene Osagyefuo Amoatia Ofori Panin averred, the institution of Chieftaincy has been saddled with myraid of challenges despite strives made by Chiefs in the region.

He said the “Eastern Region still faces the challenges of collapsing social and economic infrastructure, unmotorable roads, falling standards in basic Education, destitution and unemployment of our youth”.

He, however, hastened to add that “I am happy the 2020 budget has laid a concert plan to address road infrastructure in the country”.