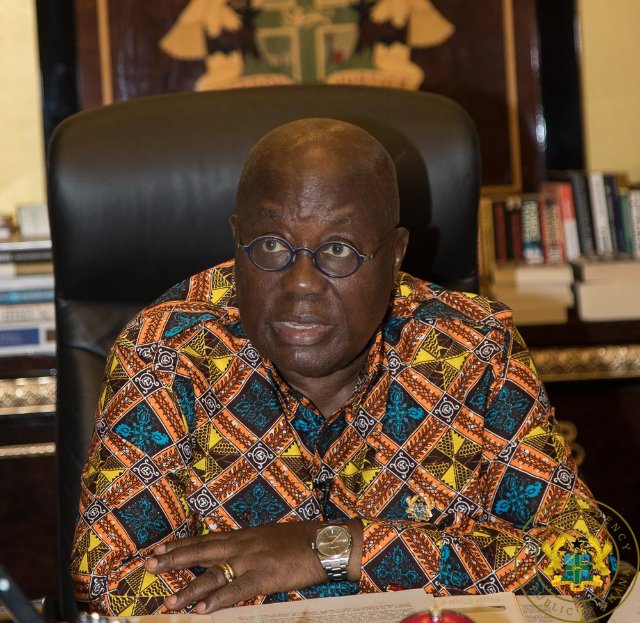 Traditional leaders of Ngleshie Amanfrom have beseeched President Akufo-Addo, to as a matter of necessity take immediate steps to resolve the administrative Boundary dispute between Amanfrom and the Central Region.

Addressing the President at a durbar of Chiefs and People of Ga South and Weija Gbawe of the Bortianor /Ngleshie /Amanfrom Constituency on the first day of his three day tour of the Greater Accra Region, Nii Kwarshie Gborlor IV, Ngleshie Amanfrom Mantse, said the boundary dispute is causing a lot of confusion in land title registration in the Amanfrom catchment area.

“We are pleading with you Mr. President to take immediate steps with the support of your appointed officers to determine the actual boundary line between the two regions and resolve the issue for peace to prevail” Nii Kwarshie Gborlor IV said.

President Akufo-Addo in response to the request of the Ngleshie Amanfrom Mantse indicated that he has taken notice of the request and that he will initiate the process to get the matter resolved.

“On the boundary issues your raised, my administration will take a serious look at it and resolve the issue. It is an issue that has prevailed for a long time and it needs to be resolved” President Akufo-Addo stated.

On the free SHS Programme, President Akufo-Addo noted that the opposition party, the NDC, are asking Ghanaians to vote for them in the 2020 election so they can come back into office and cancel the programme. The President indicated that he leaves the decision as to who they decided to vote for in the upcoming elections in their own hands.