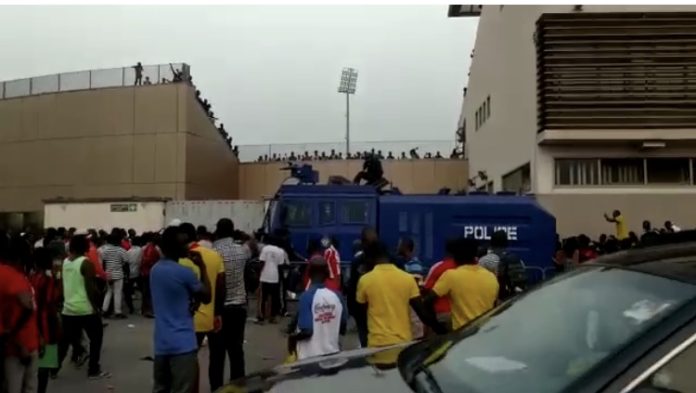 A fan of Kumasi Asante Kotoko has been shot in the eye by Police after chaos broke out following the defeat of the Porcupine Warriors by Berekum Chelsea at the Baba Yara sports stadium Sunday. 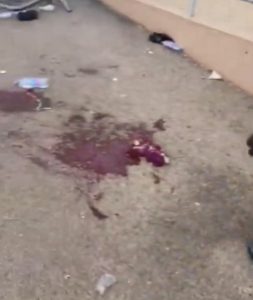 The victim who hasn’t been named yet was subsequently seen in a video circulating being rushed in a police ambulance to the Komfo Anokye teaching Hospital and later transferred to a private facility for CT scan at Petase.

Ultimate FM’s Isaac Bediako who saw the victim at the hospital reports that the victim’s right eye is “damaged for life”.

“But what I know for sure is that a supporter who came to enjoy an afternoon of football was shot. There were speculations that he was dead but I can also say for a fact that he is stable and is currently being giving medical attention at the KATH. We are hoping that God will also have mercy on him.”

Mr Boakye indicated that the club will take care of the victim’s medical bills.

“We actually would like to say a big sorry to the victim and his family and as a club we promise to give him the needed attention, whatever bills he will accrue at the hospital, our supporters chairman is here and the club will foot all the bills.” 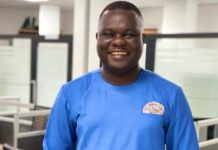 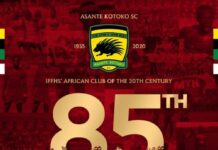 Kotoko will be the biggest club in Africa, CEO declares as club celebrates 85th birthday 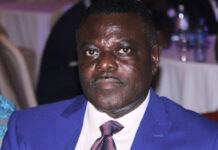