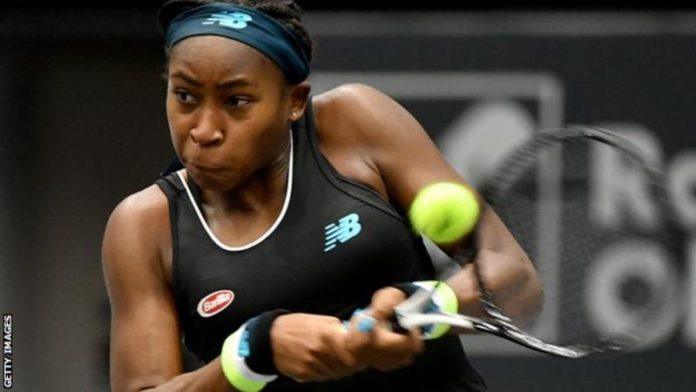 Fifteen-year-old prodigy Coco Gauff recovered from a set down to reach the Australian Open third round on Wednesday, setting up a mouthwatering meeting with reigning champion Naomi Osaka.

Japan’s Osaka, a relative veteran at age 22, defeated the fast-rising Gauff in straight sets in the third round of last year’s US Open in their only previous match.

“It was emotional,” the young American, ranked 67 in the world, told Melbourne Arena after her latest scalp.

Gauff stunned seven-time Grand Slam winner Venus Williams in the first round, repeating her victory over the veteran American on her Major debut last year at Wimbledon.

Gauff reached the fourth round at Wimbledon, where she lost to eventual champion Simona Halep.

“I never thought I would have so many people supporting me,” she added after dumping out Cirstea.

Of her looming showdown on Friday with two-time Grand Slam winner Osaka, Gauff said: “She’s a great competitor so I think it’s going to be a good match.”

The nerveless Gauff was two points from defeat in the deciding set against 74th-ranked Cirstea.

But the fearless teenager hung in and grabbed the crucial break in the 11th game, pumping her fists after burying a ferocious overhead smash.

“Just my will to win and especially the crowd,” she said, asked how she had survived against the more experienced Cirstea, 29.

“My parents always told me you can always come back — no matter what the score is.”

Osaka, the former world number one and third seed, booked her spot in the third round despite a mid-match fit of pique.

But there was a flash of temper from Osaka when Zheng broke early in the second set, throwing her racquet to the floor, then giving it a kick for good measure.

She also threw down a ball and tossed the racquet down again as she slumped to her chair, covering her head with her towel.

“I just wanted to fight, I’ve been in this position before on this court (a break down in the second set) and I was thinking that I really don’t want to play a third set this time,” Osaka said.

The Japanese knows that as the title-holder “people want to beat me more”.

“I did not deal well with that after this tournament (last year), I tell you,” she admitted.

The hard-hitting Osaka broke the Chinese in her first service game, only for Zheng to strike back immediately.

But the Chinese struggled with her serve in the breeze and conjured up two double faults on the trot to go down 4-2.

Osaka wrapped up a dominant first set in 34 minutes with a stinging forehand.

After the blip of dropping her serve at the start of the second set, Osaka wrestled two breaks back, sealing victory when Zheng again double-faulted. 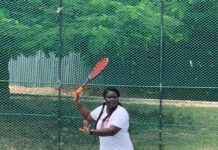 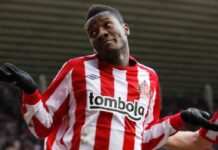 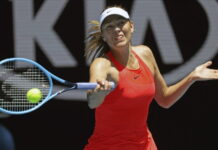